Parliament to Resume Next Wednesday 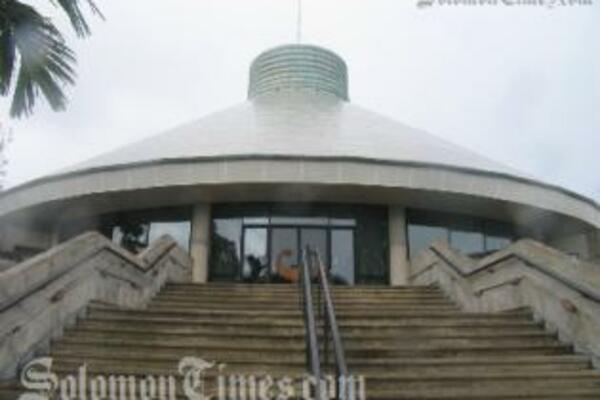 Sources close to the newly elected Lilo led government says the adjournment will also give time for the new Prime Minister to name his cabinet line up.
Source: STO Archives
Share
Friday, 18 November 2011 08:42 AM

The National Parliament will reconvene next Wednesday, following adjournment yesterday.

Sources close to the newly elected Lilo led government says the adjournment will also give time for the new Prime Minister to name his cabinet line up.

It is understood that there will be several reshuffles within senior portfolios, as many as three are earmarked for change.

Meanwhile the newly elected Prime Minister will face his first challenge with a planned motion of no confidence by senior Opposition figures. Mr Lilo welcomes the planned motion stating that it is very clear that he has the majority.

Mr Lilo says that he has now shifted his attention to improving accountability mechanisms to ensure that Prime Ministers do not have discretion over aid money.

This is in direct reference to the millions of dollars in discretionary funds from Taiwan currently under the direct control of the Prime Minister.

Prime Minister Lilo says that the Constitution is very clear in that all government money, or aid, should be directed to the governments consolidated fund.