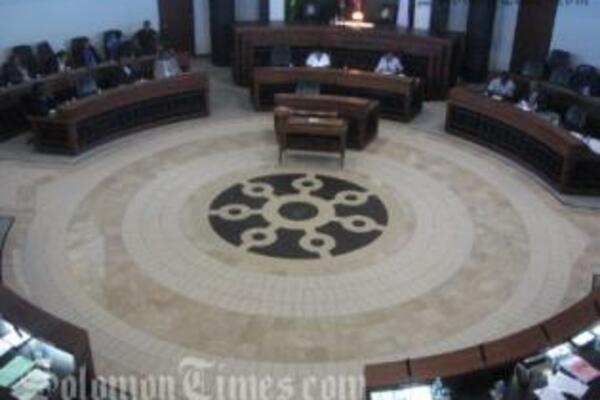 The bill has sought members of Parliament to agree on the proposal to increase the number of constituencies from the present 50 seats to a maximum of 70 seats.

The bill was passed both in it's second and third reading this afternoon.

Debate during the bill's second reading which started on Tuesday saw mixed reaction from parliament members which prompted the Speaker to carry out a vote for the bill in it's second and third reading.

Voting for or against the bill saw 43 members for the bill in both rounds.

Meanwhile, Parliament has been adjourned for half past nine tomorrow morning.