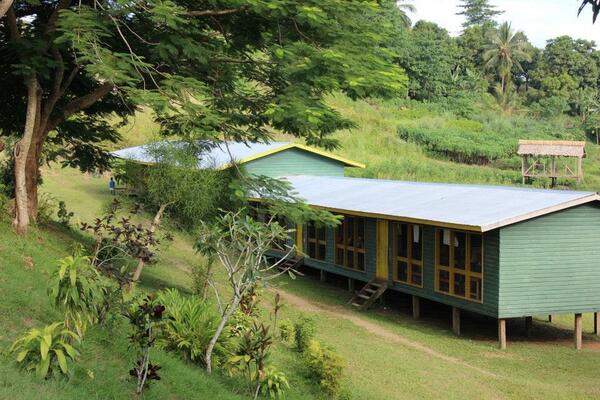 Leader of Opposition Hon. Matthew Wale is backing such calls, stating that the government should facilitate the waiver of school fees for the remainder of the 2022 academic year for all affected schools.
Source: File
By Jimmy Nolan
Share
Friday, 24 June 2022 15:37 PM

While students are excited to be returning to school parents are calling on education authorities to either waive school fees or re-look at the fees being charged for the remainder of the year.

“I received the invoice and it was like paying for a full year even though we are already half way through the year,” said Tracy, a mother of two young children – Edna, a bubbly 11-year-old in grade 5 and Tristin who is in grade 3.

“We were told that there are additional costs to the school because of Covid-19 so fees were kept the same.”

She says many parents, particularly those that are self-employed, are left with the difficult decision of deciding who to keep in school. Most were expecting a reduction in fees given the late resumption of schools in the country, only to discover they are expected to pay the same fees.

“Schools are also insisting we have to pay up front before our children are allowed to attend. The government should step in and consider students on a case by case basis, and should also look at the option of school fee waiver.”

Leader of Opposition Hon. Matthew Wale is backing such calls, stating that the government should facilitate the waiver of school fees for the remainder of the 2022 academic year for all affected schools.

He says parents are already in financial distress and the current policy on school fees for 2022 is affecting a lot of parents.

He said to be confronted with increased school fees in some cases due to extra costs to meet school re-opening, government Covid-19 restrictions and measures only forces parents and guardians to take the easy way out at the disadvantage of their children.

“Parents and guardians are unfairly being asked to bear a burden too heavy in the current economy,” he said.

He said the school fee situation has resulted in very low enrolments in many schools with some children had to be left out.

“Parents and children simply cannot afford the fees leaving them with no other option except, keep their children out of school. This is not right and I encourage the government to do something about it,” Hon Wale said.