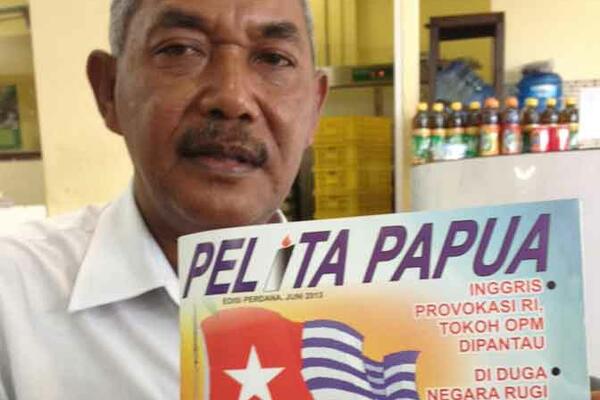 Rarotonga, Cook Islands - Police actions to stop distribution of a new magazine in West Papua break press laws of Indonesia and must be condemned, says the Pacific Freedom Forum.

“Press freedom is not a vague constitutional promise in Indonesia,” says Titi Gabi, Chair of the Pacific Freedom Forum.

“There are specific laws that back press freedom and expressly prohibit police from banning media organisations.”

Pacific Freedom Forum joins the Indonesian Press Council in criticising police for their actions against the magazine, Papua Pelita.

The magazine had dedicated its first issue to reporting on the OPM, the Organisation of Papua Freedom, with a cover featuring the West Papua pro-independence flag – which is banned by authorities in West Papua, but not anywhere else in Indonesia.

Indonesia Press Council member Imam Wahdyudi said that blocking the press is defined as the forceful or unlawful prohibition of publishing, distributing and/or broadcast of information, under Press Law No. 40/1999.

Imam Wahdyudi said that if police do not approve of the contents of a publication then the only legal option available to them was to complain to the Press Council.

“If the police really did come and prohibit the distribution of information, that is a form of blocking the press,” said Imam Wahdyudi.

Magazine publishers had already distributed 2,000 copies of the 64-page inaugural edition when police arrived and instructed them not to distribute any further copies.

They also confiscated half a dozen copies for inspection.

Fidelis Jeminta, chief editor of Pelita Papua in Jayapura, said he was disappointed at the police action and that this case would again restrict freedom of the press in Papua.

"We feel we are being treated unjustly. Out there, many media outlets show pictures of the Bintang Kejora (symbol of the independence movement) but are not examined by the police," he said.

PFF co-Chair Monica Miller said that the police action was undoubtedly illegal and was a further illustration of the breakdown of rule of law in West Papua.

“Continued failure by Jakarta to rein in their police and security forces is unacceptable and must be condemned”, said Miller.

“We join our colleagues at Alliance of Independent Journalists in expressing common concern at a rise in violent and other actions against journalists in West Papua.”

Police denied there was any ban.

“It was just a check up, to see if there was any seditious material”, said Papua Regional Police Commissioner Gede Sumerta Jaya.

Nine cases so far this year to June 2013 relate to freedom and independence of the press, according to AJI, the Alliance of Independent Journalists in Papua.