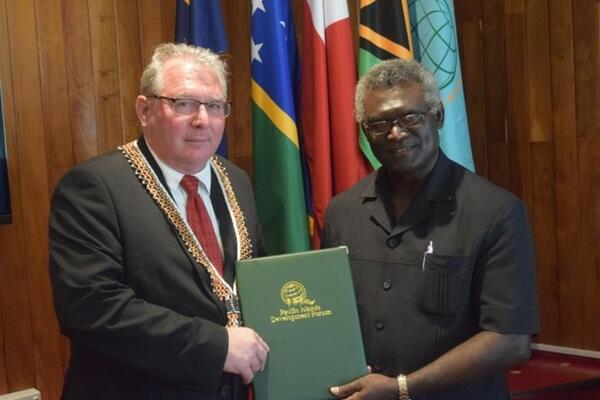 The 4th summit of the Pacific Islands Development Forum is set to begin in the Solomon Islands capital of Honiara today.

The two day summit, to be convened under the theme of 'Stewardship for Healthy Oceans and Healthy Nations', is the first to be held outside of Fiji since the establishment of the PIDF in 2013.

Guests and observers from non-member states and regional NGOs are also in attendance.

Discussions during the summit will cover a report on the operations of the PIDF, a Draft Strategic Plan from 2017 to 2020, a roadmap for addressing climate change, a Pacific Climate Treaty proposal and resolutions for the observance of the Pacific Year for the Ocean in 2017.

The PIDF was established by Fiji's military regime which has repeatedly denied that it was trying to create an alternative to the Pacific Islands Forum as the region's pre-eminent grouping.