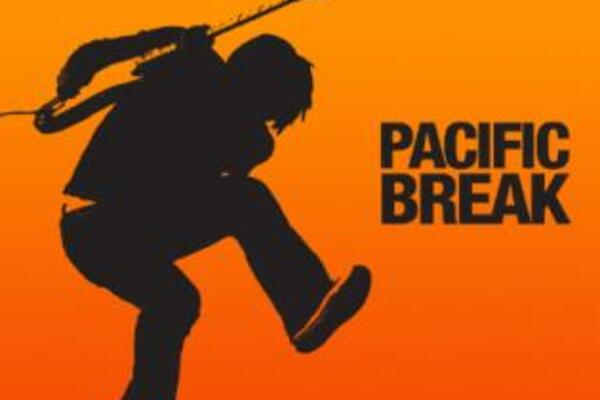 The entries are in, and the countdown is on! Listen to this year's Pacific Break entries from Solomon Islands.

We've spent months searching for the best unsigned musical artists from the Pacific. In just a few days, the judges will announce the winner of Pacific Break 2012. Until then, we're counting down by throwing the spotlight on the music of the region, country by country.

Our first entry comes from reggae band Deeps 4 Unity. Their entry, "Boru Sore", is a song about the importance of family sung in Solomon Islands Pijin.

Four-piece band Deskem has been making music together for about six years. Over that time, they've written around 32 original songs, transforming the tradition and culture around them into contemporary hip hop. Their entry is the original song "Logongo".

Daksman is a four-piece band that play a mixture of reggae, hip hop, flamenco and dance music. They're based in Tuvaruhu, Central Honiara, and enjoy playing their music anywhere. Their original song is called "Disguise as Mary Anna". (Note: This song contains drug references)

The duo Ancient Ridim has been playing together for one year and have around eight original songs. They play contemporary music influenced by Deep Forest and Bob Marley. Their entry is the song "aofia abu".

Moving away from rock, X-STATIC is a six-piece group who play a mixture of R&B, hip hop and reggae. Their main musical influences are Pitbull, Claude Kelly, and fellow Solomon Islander Sharzy. Their entry, "Uptown Girl" was written in February this year.

Some of our youngest entries had their voices heard in the group E.M. Children's Choir. Eighteen young voices make up the choir. They were brought together and are produced by Paeva, a member of past Pacific Break winners III Kings. Their original song is called "Elelea".

We received two entries this year from reggae duo JAMYARD. Their music might sound familiar to you. JAMYARD wrote the theme song for this year's Festival of Pacific Arts. Their music is inspired by the socioeconomic problems facing people in the Pacific. Their songs are called "I'm Sorry" and "Different Coloured People".

We also received two entries from three-piece band New Town. They play a mixture of island dance, rap and reggae music and have entered the two songs "Avaiki Queen" and "Tangi 'ia koe (cry for you)".

Finally, our one and only a cappella entry this year came from Vox 8. The eight-member group has been making music for around a year and has written seven original songs, including their entry here, "Getaway".