PAC Calls For An Independent DBSI Board 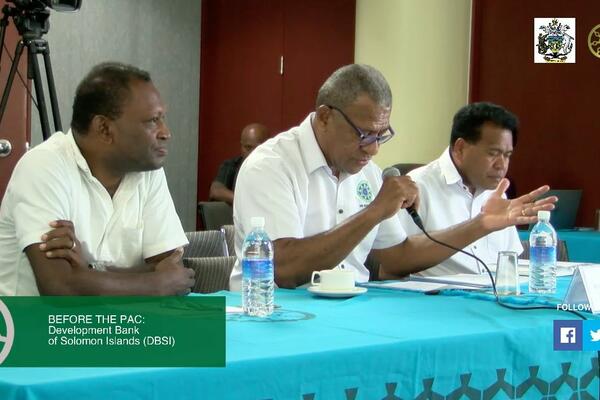 The public accounts committee (PAC) has presented its report to parliament, with one of the key recommendations being the need to have an independent DBSI board.

The Development Bank of Solomon Islands (DBSI) was re-launched on 9th June 2020 after its dismal collapse almost a decade ago. Some blamed the economic fallout caused by the ethnic tensions, while others say it was malpractice and poor management.

DBSI was established soon after independence primarily to help cattle farmers and others involved in agriculture.

DBSI was important as it provided financial capital to rural based farmers with little or no collateral. It is an unserved segment of the market, but a high-risk business venture for any bank.

The new-look DBSI also seeks to serve this segment of the market, but with new stringent guidelines by the Central Bank, it has been a challenge.

The PAC says that DBSI needs some internal adjustments so that it could be more effective.

“The composition of the DBSI Board must be reviewed so that Board members are truly independent of both the Government as owner and the Central Bank as regulator and not include political appointees,” the PAC recommendation reads.

PAC is also recommending that the DBSI develop transparent guidelines to avoid refinancing of non-performing loans from other commercial banks.

During its launching Prime Minister Manasseh Sogavare said that DBSI will offer and provide sustainable financial services to all Solomon Islanders in particular in the development of the rural areas, micro, small and medium enterprises, and commerce and industry.