Overfishing Highlighted in State of our Coral Reefs Report 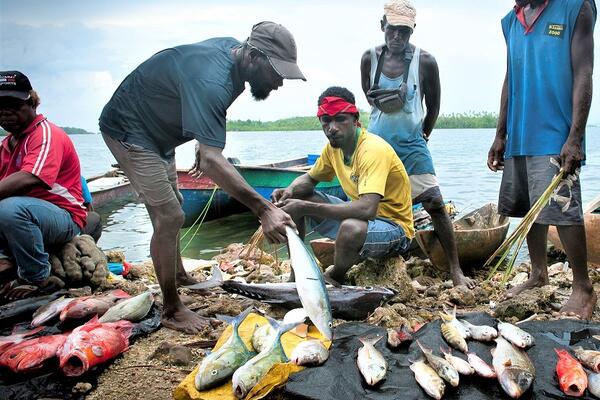 Aside from providing mush needed protein, inshore fishery is an important source of income for local fisherman. A report in 2015 suggests that inshore fishery is worth close to SBD$90 million annually.
Source: CTI
By Georgina Kekea
Share
Wednesday, 01 July 2020 08:49 AM

Solomon Islands boasts some of the richest fishing grounds in the Western and Central Pacific basin.

This provides much needed income for the government and an important source of protein for coastal communities throughout the Solomon Islands.

However, in a recent report on the state of the Solomon Islands coral reefs, published by the Khaled bin Sultan Living Oceans Foundation, there are worrying indications that fish stocks are depleting.

“That is not surprising, overfishing is certainly occurring because of commercial interests in our waters,” a senior fishery official, speaking on the condition of anonymity, said.

The report says that although the Solomon Islands has some of the most stunning reefs covered with abundant and diverse coral communities, there were few fish. The report says most of the big fish were gone, and many of the nearshore reefs appeared to be overfished.

“Our most alarming finding was the overall lack of fish, particularly on reefs near coastal communities,” said Renée Carlton, a Marine Ecologist at the Living Oceans Foundation and lead author on the report. “Overfishing not only impacts on the amount of fish on the reef, but it also impacts the coral community as well as people who rely on the fish for food and income.”

“They meet to set conservation and management measures, to control or prevent overfishing, but the problem in my view is that these management and conservation measures do not only apply to our archipelagic waters – these are waters between our many islands.

“So, you may have very strong conservation measures but since it does not apply to waters considered sovereign than it is not going to be effective.”

The Solomon Islands National Fisheries Policy 2019–2029 states that inshore fisheries management and development “is the domain of local communities, provincial governments and the national government.”

The policy states that community-based resource management (CBRM) is most suited to the land and sea tenure context of Solomon Islands and the relatively weak central government capacity.

While such an assessment is true, putting such policy into action remains to be seen. It is an issue of national interest and should be at the forefront of any government policy.

The Solomon Islands government earned a record SBD$399 million from its tuna resources in 2017 - but the question is at what cost?