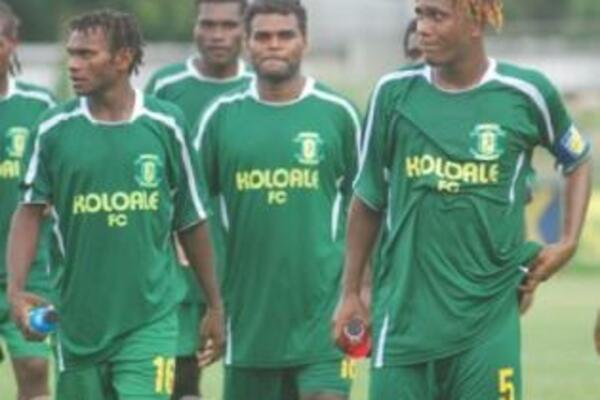 With Koloale's achievement, drawing 2-all away against Auckland City in New Zealand, the competition this year is expected to be tougher.
Source: STO Archives
Share
Thursday, 14 May 2009 13:47 PM

The Solomon Islands Football Federation (SIFF) will be hosting the inaugural Our Telekom National Club Championship 2009 in Honiara from 25th May to 6th June 2009.

Representative clubs from all the provincial affiliates of SIFF are expected to participate in this national football tournament. SIFF has announced that there are 16 places in the competition. Honiara Football Association (HFA) is awarded 4 places while both Malaita and Western Province have 2 places each. All the remaining provinces will be represented by 1 club each. Koloale Football Club has automatic entry into the competition as the current Our Telekom National Club Championship premiers.

The winner of the 2009 Our Telekom National Club Championship will represent Solomon Islands in next year's O-League tournament. Last year Koloale grabbed the honours and went all the way to the finals of the O-League where it lost to Auckland City.

With Koloale's achievement, drawing 2-all away against Auckland City in New Zealand, the competition this year is expected to be tougher. The winner of the previous tournament, KOSSA Football Club, also set a new bar with their historic 3 - 0 victory over Waitakere United of New Zealand in 2008 at Lawson Tama.

The Our Telekom National Club Championship 2009 is sponsored by Our Telekom Limited. Our Telekom currently has a sponsorship agreement with the SIFF for the national club tournament. This sponsorship has seen the successful setting up and continual running of the tournament since 2007.