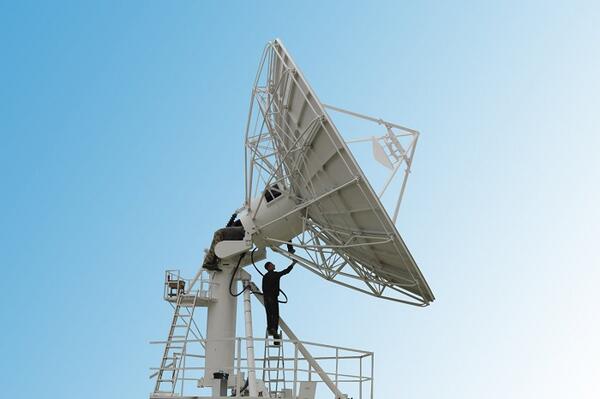 The decision to move to the larger antenna was made due to the rapid growth in data usage by Our Telekom subscribers.
Source: Photo supplied
Share
Tuesday, 17 January 2017 08:35 AM

Our Telekom is in the process of upgrading its receiving antenna size, increasing the amount of throughput available to their subscribers.

The decision to move to the larger antenna was made due to the rapid growth in data usage by Our Telekom subscribers.

Our Telekom currently employs a 2.4M antenna to receive the O3b satellite signal, and will upgrade to a 4.5M antenna—the largest O3b offers to customers. This will enable the service provider to reach throughput speeds up to a staggering 2Gbps from a single O3b satellite beam. With such high throughput, coupled with O3b’s ultra-low latency, consumers and businesses across the Solomon Islands will have access to even more bandwidth than the fiber-like service being offered by Our Telekom already.

Our Telekom will use the further enhancements to their connectivity to expand their 3G networks across the country. Using the new 4.5m terminal in conjunction with the existing antennas will provide extremely high link availability, allowing the company to provide better service than customers have ever experienced.

“We have had satellite service in the Solomon Islands for a long time, but with the low latency that O3b provides we’ve seen unprecedented growth in data usage,” said Loyley Ngira, CEO of Our Telekom. “Since the start of service with O3b in April 2015, we have already seen a traffic increase of greater than 120%. It was prudent to build infrastructure to support future growth for the people of the Solomon Islands, and this new antenna is a great foundation for Our Telekom to continue to offer high-quality services to our customers.”

“We are delighted that Our Telekom has shown confidence in O3b Networks by installing this new hardware,” said Imran Malik, Vice President Asia. “The Solomon Islands will have quality of connectivity on par with cities like Sydney or Suva, allowing the government, universities, businesses and consumers here to stay fully connected.”

O3b Networks Ltd. is a provider of global managed communication services and operates both a state-of-the-art fleet of high throughput, low latency satellites and a global terrestrial infrastructure. O3b delivers carrier-grade Data Networking Solutions to ISPs, telcos, mobile network operators, governments and enterprises in the most remote and inaccessible places on the planet. O3b Networks is a wholly owned subsidiary of SES (Euronext Paris and Luxembourg Stock Exchange: SESG).

Solomon Telekom Company Limited was incorporated as a private company, on 21st July 1988. Today it is a full service provider offering internet, voice, data (locally and internationally) and television services.