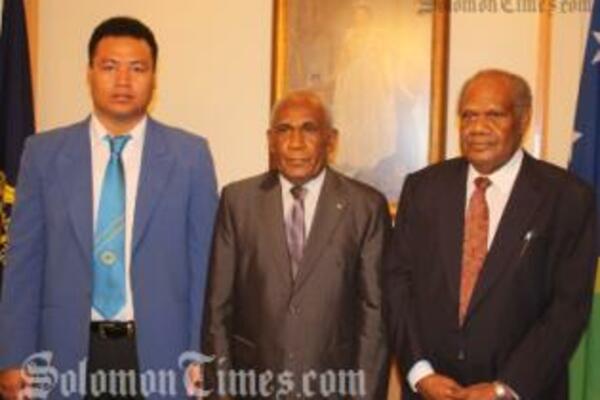 Governor General His Excellency Sir Frank Kabui commissioned Mr Oti at a ceremony at Government House in the presence of dignitaries and senior government officials.

High Commissioner Oti said he is honored to be commissioned as head of our diplomatic mission to Fiji.

He said the responsibility that was bestowed on him to take charge of the affairs of this nation in international affairs; particularly promoting and safeguarding these in our relations with Fiji is not a small task.

"While the expectation of the Government and people cannot and should not be compromised, the promotion of the nation's interest in the political, economic, social and culture spheres would always remain paramount in the discharge of my duties.

"I am also fully cognizant to my dual responsibility as the channel to which Fiji and Solomon Islands can interchange and dialogue on matters of mutual interest" Mr Oti said.

Mr Oti said he is aware of the way duties would be discharged and this must be within the scope of the resources, both financial and human, which was allocated by the Government in the annual budget.

Oti said the establishment of diplomatic missions and its operational budget was not a cheap undertaking.

"However, it is my commitment to spend within the mission means and more so undertake the steps required by the Government," he explained.

He thanked the Government for having the trust on him to be appointed as Solomon Islands High Commissioner to Fiji.

"I am prepared to serve this nation in whatever calling government needs, I will stand to be counted amongst my fellow Solomon Islanders," he said.

He said the appointment was done because of the capacity Oti has in serving this nation in the international front.