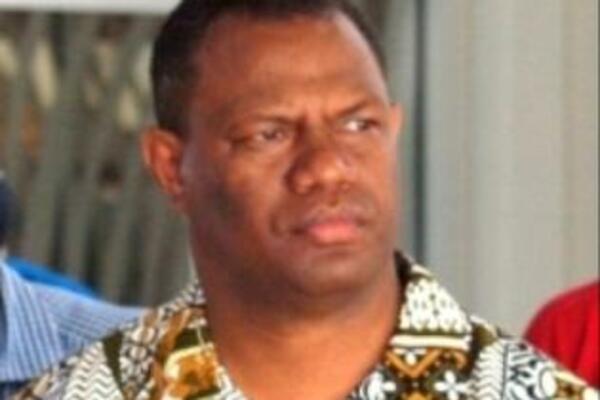 Mr Abana says the NCRA Government is obliged to explain to the taxpayers of Solomon Islands the purpose of the payment.
Source: Photo supplied
Share
Wednesday, 12 January 2011 08:34 AM

The Opposition has called on the Danny Philip-led National Coalition for Reform and Advancement Government to explain a $3 Million dollar payment from the Solomon Islands Government to the Papua New Guinea High Commission in Honiara.

Opposition leader, Steve Abana said the Opposition had obtained documents showing that the three million dollars deposit was made on the 6th of December 2010 into a PNG High Commission Bank account with Bank South Pacific.

Mr Abana says the NCRA Government is obliged to explain to the taxpayers of Solomon Islands the purpose of the money and why such huge amount of money from the state coffers was transferred without any formal handing over ceremony.

He says the Opposition questions the payment as it is aware that the local construction company contracted to build the PNG Chancery at Town Ground in Honiara had written to the former Finance and Treasury Minister in the previous C-NURA Government, Francis Billy Hilly requesting the government to provide a sovereign guarantee in order to secure a bank loan to complete the chancery building.

Mr Abana says work on the Chancery building came to a halt last year not long after it took off the ground after Transworld Construction ran out of money to pay its employees and meet other contractual obligations.

The Opposition leader says the C-NURA Government declined the company's request on the basis that the state was not in a position to incur additional debts and to maintain a level playing field for all businesses.

Mr Abana says the Opposition would welcome the payment if it was a genuine contribution from the Solomon Islands Government to the PNG Government towards the establishment of its chancery and not a sovereign guarantee to bail Transworld Construction from a self-created business mess.