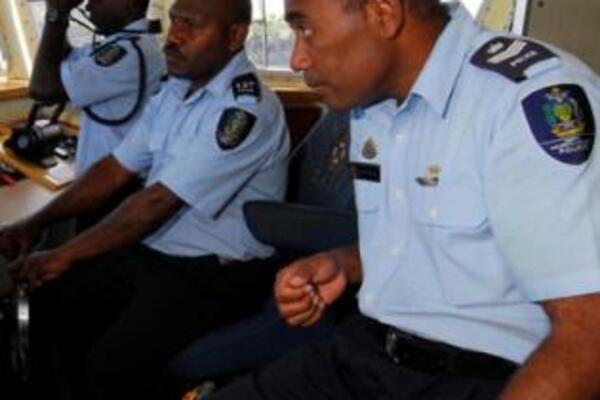 The Opposition office says that for such an important institution to be without a substantive Head for this long is worrying.
Source: Photo supplied
Share
Wednesday, 04 April 2012 08:47 AM

The Opposition calls on the Government to explain the delay in bringing into the country the British national appointed as the new Police Commissioner of the Solomon Islands.

Opposition Leader Dr Derek Sikua says it has been a month since Prime Minister Gordon Darcy Lilo announced the appointment of John Michael Langsley as the new police commissioner.

Dr Sikua says that it is worrying that it has taken this long for Mr. Langsley to take up the job.

Dr Sikua says the government owes the nation "a truthful explanation to the delay in bringing in the new Police Commissioner to take up his appointment."

Dr. Sikua says if the delay is to do with his remuneration, then the government should make necessary arrangements to settle the matter.

The Opposition office says that for such an important institution to be without a substantive Head for this long is worrying.

But Secretary to Cabinet James Remobatu says contractual issues for the new Police Commissioner's appointment are about to be concluded.

Mr. Remobatu says contract documents have already been sent to John Michael Langsley for his approval.

He says Mr. Langsley has confirmed that he is currently looking through the contracts.

Mr. Remobatu says the new police commissioner's arrival depends on how soon the contracts are finalized.