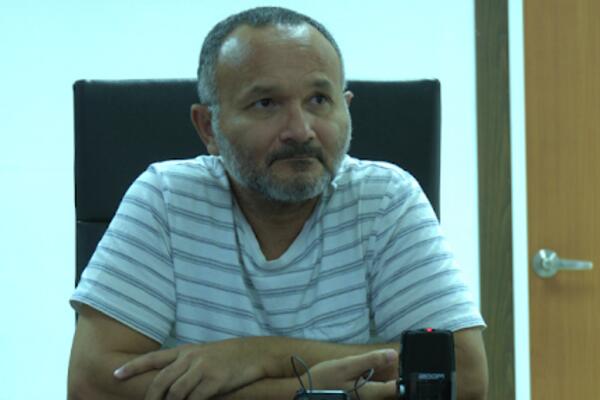 The Opposition Leader adds: “The PM need to understand that he is duty bound to inform people about what actually happened. 7 months is adequate time for any government to make decisions and arrangements."
Source: SIBC
Share
Wednesday, 16 September 2020 07:41 AM

Leader of Opposition Hon. Matthew Wale blasts the Prime Minister and the government for the predicament that has befallen our Philippines students.

“I truly feel for the parents and relatives of our students. It is unimaginable what they have been put through and I can only hope that the ordeal will go away soon,” the Opposition Leader shared.

The Opposition Leader says he is however stunned by the response by the PM and the government over this issue.

“The PM’s attempt to justify the delay in giggles is simply lame and characteristic of his shrewd politics in recklessly belittling the gravity of serious issues.

“From the admissions by the Permanent Secretary for Education, it is clear that the government mishandled the whole situation from the start,” says Hon. Wale.

He says not only are 6 of our students now infected, but many of them have also had problems with their visas and allowances.

“It is therefore naive, inexcusable and un-statesman of the PM to make excuse that the delay in bringing our students home was because of the inability to secure tests for the students in Philippines.

“How can this be so, when the government had 7 months at its disposal to repatriate the students and avert all other issues since they first made their request, and in that period, the PM had all the powers under the Emergency Regulations to do whatever is necessary to safeguard their health?” Wale questioned.

The Opposition Leader adds that “The PM need to understand that he is duty bound to inform people about what actually happened. 7 months is adequate time for any government to make decisions and arrangements. Instead, we get a lame excuse”.

Wale says it is even quite telling that a Cabinet Paper was put forward after the students first made their request for repatriation no action was taken.

“What happened to this paper? If the health and welfare of our citizens was important as repeatedly stated by the PM, why didn’t Cabinet make a decision on the request early?

“If the decision made was for our students to remain in the Philippines, why the delay in providing their allowances in good time which had previously caused them a lot of problems?” the Opposition Leader further questioned.

Hon. Wale points out that the PM’s lame attempt in explaining the situation therefore is just an attempt to brush under the carpet the blunder and the negligence of those responsible.

“It is no small matter that we now have the health and wellbeing of all our student in the Philippines at stake and it is regrettable that the PM finds it amusing to giggle over these issues.

“It is also shameful how the Ministry of Foreign Affairs and External Trade handled the expiry status of our students’ visas, while they had 7 months they only managed to secure some exemptions.
“What has this ministry been doing? Isn’t this one of their responsibilities? Someone must explain what is going on for clearly the affected students are faced with an unwanted situation of deportation.

“Is it the case that the welfare of our Philippines students was not a priority for our Foreign Affairs and PMO because they were busy making arrangements for the flight to China?

“Or is it because the China flight was more important to the government because it will bring in Chinese foreign diplomats and Chinese businessman connected to government politicians? Why did the China flight take precedent over our student’s health and safety? Where is the balance in these decisions? Someone must explain,” adds Hon. Wale.

He says the situation could have easily been averted if the government had listened to the earlier pleas of the students and their parents. “Instead it waited. For what?”

He adds that seven months is clearly an inordinate delay and the PM must accept the blame.

“What happens from hereon is crucial and so the PM must not try and dodge the gravity of the situation this country is faced with now.

“I therefore call on the PM to come out clean and explain the real cause of the problem. This is a serious situation. Our students have contracted the virus. Parents and the public are entitled to know what went wrong,” Wale further added.