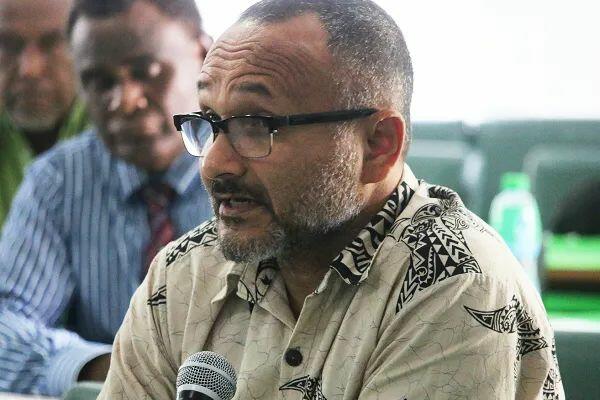 “It is a disgrace to lie to people in this country when copies of the Cabinet Paper clearly indicates that Cabinet has in fact agreed on the extension in the first quarter of last year,” the statement says.
Source: File
Share
Thursday, 24 March 2022 16:45 PM

The Parliamentary Opposition Group has slammed the Office of the Prime Minister & Cabinet (OPMC) condemning them to stop ‘deceiving’ people in this country.

This is in response to a press conference by the government this week, which quoted the PM’s Chief of Staff stating that Cabinet has yet to make a decision to extend the life of Parliament.

The Opposition Office in a response has hit back at OPMC stating that it is a blatant lie.

The Opposition statement said a Cabinet paper on the extension clearly shows that Cabinet has already ‘Agreed’ on the decision to extend parliament from four to five years in February 2021.

“It is a disgrace to lie to people in this country when copies of the Cabinet Paper clearly indicates that Cabinet has in fact agreed on the extension in the first quarter of last year,” the statement says.

The Opposition statement says even the Prime Minister has confirmed in Parliament in April last year that reasons for the proposed extension of parliament would be given at the right time.

It says the Prime Minister also told Parliament then, that OPMC would provide a report on the consultation process.

The Opposition statement says the consultations OPMC conducted with premiers, churches and SICCI would not have taken place without any Cabinet approval.

“It is a normal procedure that consultations must be approved by Cabinet, so if there was no Cabinet decision then clearly the consultations that were held were all null and void,” it says.

The statement adds it is sickening to note that last week the OPMC has defended with their life the decision to extend Parliament and are now singing a different tune.

The Cabinet paper that was obtained by the Opposition revealed the very reasons behind government’s intention and that is the PG 2023.

The Opposition statement says these were the very same reason OPMC is using to try and justify their intentions and they have been caught red handed.

“Shockingly, they have changed their narrative because they know this is not in the best interest of the people but for their self-interests. They should be ashamed of themselves for continuing to lie to the people in this country,” it says.