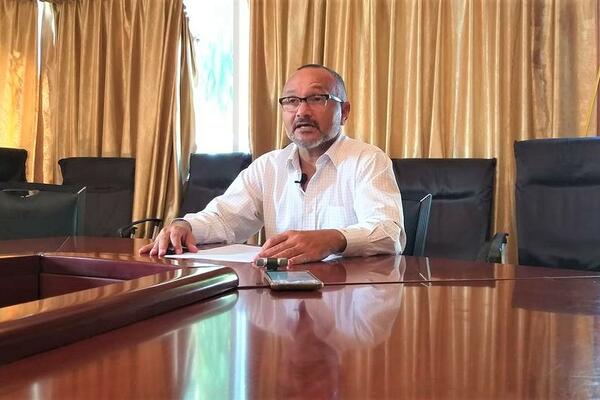 “This is a serious legal issue of public interest,” the Opposition Leader said, referring to the views expressed by Sir Frank Kabui.
Source: File: Facebook
Share
Friday, 27 August 2021 09:14 AM

With just 38 hours to go before the trial lockdown starts, Leader of the Opposition Mathew Wale is calling on the Prime Minister to order its postponement.

The Opposition Leader says that warnings being issued to the public that persons found to be in breach of the mock exercise will be arrested, prosecuted and fined could be unconstitutional.

The Leader of Opposition made the call following views expressed by former Judge and Governor General Sir Frank Kabui.

Sir Frank stated in a recent media interview that in the absence of actual COVID-19 community transmission in Honiara, the arrest or prosecution of any person caught acting in breach of an order under the Emergency Regulations will lack jurisdiction in law.

Sir Kabui relied on facts arising from the previous lock-down exercise in expressing his views.

“This is a serious legal issue of public interest,” the Opposition Leader said, referring to the views expressed by Sir Frank.

“It is not a question of whether the order for a lock-down is lawful but rather, whether giving effect to the order by actually arresting and prosecuting people found to be acting in breach in a simulated exercise is reasonably justifiable given the limited scope of section 16 of the Constitution.

“It is important to prepare our people for the worst-case scenario through practice however, it cannot come at the expense of openly violating our people’s fundamental rights under the Constitution,” says Hon. Wale.

“I therefore call on the Prime Minister and the Oversight Committee to call off the planned lock down and to take the matter to court for an independent ruling on all legal questions arising. This is too important to be brushed under the carpet,” the Opposition Leader said.