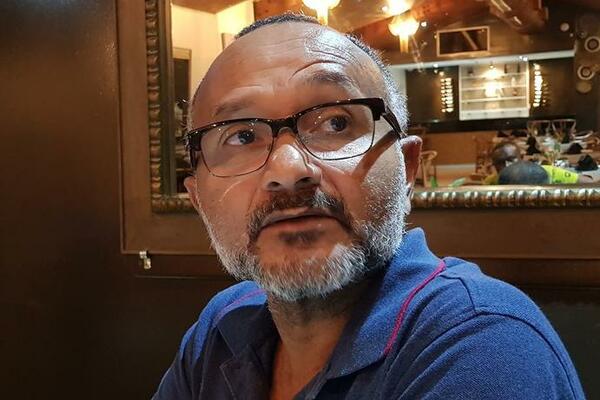 He adds that while reasons have been provided, it is hard to ignore the fact that the decision may be directly linked to the stance taken by Malaita Province against the government’s decision to enter into diplomatic ties with China and that those reasons may well be a smoke screen to hide the government’s real intentions.
Source: RNZ
Share
Wednesday, 06 May 2020 08:09 AM

The Leader of Opposition Hon. Matthew Wale cautions the government against the threat to suspend the Malaita Provincial Executive.

This call came after it was revealed in the local media that the Minister for Provincial Government and Institutional Strengthening notified Premier Daniel Suidani of the government’s intention to suspend the Malaita Provincial Executive.

“I strongly urge the Sogavare government to refrain from taking any decision that is likely to incite social disharmony at a time when the country needs to be united in the face of covid-19”, says Hon. Wale.

He says suspending the Malaita Provincial Executive risks undesirable outcomes that must be avoided, especially when such a decision, on the face of it, seems to be grounded on the selective enforcement of the law.

He adds that while reasons have been provided, it is hard to ignore the fact that the decision may be directly linked to the stance taken by Malaita Province against the government’s decision to enter into diplomatic ties with China and that those reasons may well be a smoke screen to hide the government’s real intentions.

Information at hand suggests that in 2017 under the current PM, the three Premiers from Malaita, Guadalcanal and Western Provinces took a trip to China as well in response to an invitation by the Friends of China Association, without any approval by the responsible ministry.

“The travel by those three Premiers to China did not attract the same punishment that is now being threatened against Malaita Premier and Executive. There were also numerous other such overseas travel by provincial Premiers without approval from the Minister for Provincial Government. Why is Premier Suidani and Malaita being singled out now?

“Further, in the recent past, provincial governments were not dissolved by the government even though Auditor General reports uncovered serious mismanagement, including illegal activity that should be grounds warranting suspension,” Hon. Wale points out.

He further adds that, “Our country needs all our provinces to pull together now more than ever before, in light of the threat posed by the Covid 19 pandemic. This is not the time to be glorifying any particular foreign partner for assistance provided in our preparedness plans for the Covid 19, if this is what is going on.

“I am concerned that the decision may derail any plans for the people of Malaita province in the government’s overall preparedness plans for the Covid 19. The threat posed by the Covid 19 pandemic affects all our peoples and so politics must not be allowed to stand in the way of our Covid 19 preparedness plans to protect our people’s health and well-being, including those from Malaita Province.

“It is important that the government continue to dialogue with the Malaita Provincial government. Malaita must not be excluded from preparedness funding and activities solely because of its policy stance on the China switch decision,” the Opposition Leader stressed.

Hon. Wale therefore calls on the government to embrace Malaita in a genuine effort to resolve any policy issues, including the possibility of agreeing to disagree on some policy issues.

“No policy disagreement should be weighty enough to warrant punitive action against Malaita province,” he said.