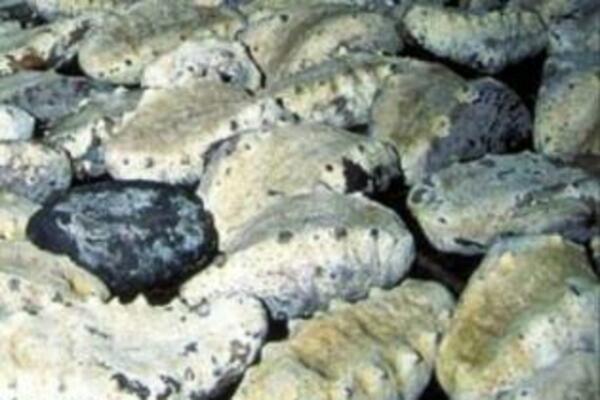 Gordon Darcy Lilo has maintained that the government decided to allow the export provided that 20 per cent was paid in tax.
Source: STO
Share
Tuesday, 04 January 2011 09:06 AM

The Opposition has condemned the Cabinet's action regarding the beche-de-mer consignment recently confiscated by police and later sold overseas.

In a press statement from the Office of the Opposition, Leader of Opposition Steve Abana calls for an investigation into the suspicious referral of the matter to cabinet by Minister Gordon Darcy Lilo.

Mr Abana says the decision made by the Finance and Treasury Minister, Gordon Darcy Lilo, while he was Acting Minister for Fisheries and Marine Resources was "very suspicious."

The opposition leader describes it as a "clear case of abuse of cabinet process".

Mr Abana says the matter required the Director of Public Prosecution's sanctioning because there appears to be evidence of criminal responsibility on the part of the exporter.

An Asian company, Haizhen Trading, was allowed to export half a million US dollars worth of illegally caught beche-de-mer recently. Haizhen Company has been caught twice in a year trying to illegally export the seafood.

Gordon Darcy Lilo has maintained that the government decided to allow the export provided that 20 per cent was paid in tax.

A former head of fisheries, George Boape, is reported as saying that the harvesting and exporting of sea cucumbers is clearly banned and a that there is no reason for leniency with a second time offender.

The Opposition Leader says Solomon Islanders expect Ministers to exercise powers bestowed on them by law diligently and without favour or fear.

The Opposition leader calls on the Prime Minister to investigate the matter.