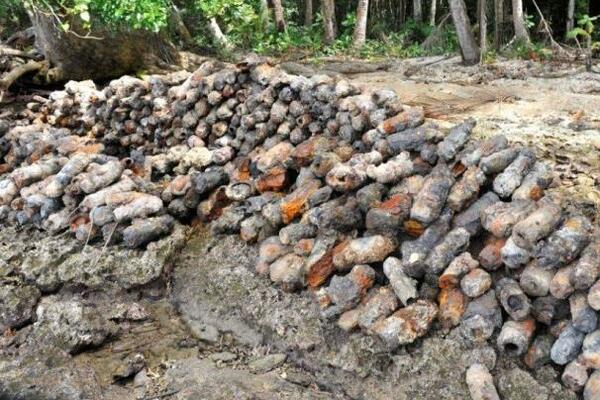 The Solomon Islands saw some of the fiercest fighting of World War II, so a great deal of unexploded ordnance still litters many of the islands to this day.
Source: news.navy.gov.au
Share
Friday, 30 August 2013 08:37 AM

About two hundred navy personnel from five countries will soon be deployed to Solomon Islands to address explosive war remnants in Central Province and Guadalcanal Province.

The operation will run from October 29 to December 7. The countries involved will include the United States of America, Canada, New Zealand, Australia and the Royal Solomon Islands Police Force, Explosive Ordinance Team.

Called "Operation Render Safe 2013" - it will be commanded by the Commander of the Royal Australian Navy Doug Griffiths.

Informing the country through a media conference, Commander Griffiths says the operation will be focused primarily on Central Province and Guadalcanal.

It is understood that Operation Render Safe is an Australian led multinational mission to assist in the clean-up of explosive war remnants.