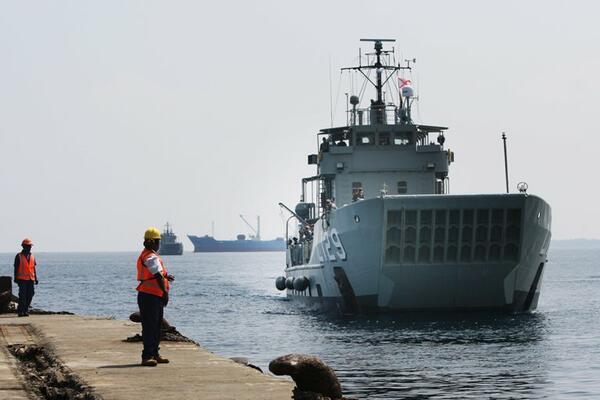 “Solomon Islands is the focus this year to continue efforts to remove ordnance left behind 68 years ago to improve the safety of daily life for Solomon Islanders,” Mr Anderson said.

“The Solomon Island Government has identified locations around Honiara and in the Russell Islands to remove unexploded remnants of war. This will be supported by information to educate Solomon Islanders about the dangers of these devices to discourage people from handling items and minimise the chance of injury.”

Commander Doug Griffiths from the Australian Mine Warfare and Clearance Diving Task Force is leading the mission.

“The operation includes around 200 personnel from the Australian navy, army and air force. They will be joined by navy clearance divers from New Zealand, United States and Canada. The mission is supported by a Royal Solomon Island Police Force Explosive Ordnance Disposal Team,” Commander Griffiths said.

Mr Anderson said the Operation RENDER SAFE 2013 team will work closely with the Australian-led RAMSI Participating Police Force and Royal Solomon Islands Police Force, but will also support the Australian aid program in several projects that will benefit the community.

“While the defence force personnel are in Solomon Islands, they will also undertake several community projects, including repairs to three schools in Central Province and install water tanks to provide clean water for staff and students,” Mr Anderson said.

“The Australian aid program is funding the materials for the repair work, which includes replacing internal linings of walls and ceilings, external cladding, replacing window grilles, repairs to floors and painting classrooms, as well as installing new water tanks.”

The schools being repaired are three primary and community high schools – McMahon School in Florida Islands and Nukufero and Yandina schools in Russell Islands.