One Hour Power Blackout at the Hospital 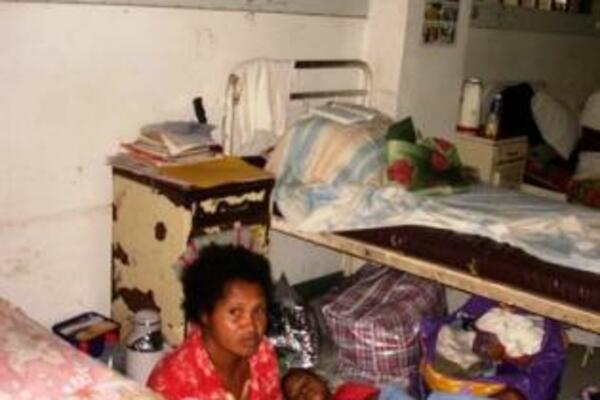 Mrs Jennifer Iniakwala, a nurse at the special care nursery for new born babies, said that had it not been for standby oxygen cylinders, lives would have been lost.
Source: Photo Supplied
Share
Monday, 11 July 2011 08:43 AM

Lives were at risk at the National Referral Hospital late last night following a power blackout that lasted for almost an hour.

The power blackout left nurses and doctors scrambling for backup oxygen cylinders fearing the worst for some patients.

"Lives were at risk and the authorities must seriously address power problems at the Central Hospital," said Victoria Harurihu, a senior nurse aide at the labour ward.

"It was a terrible situation as we badly need electricity to successfully conduct our midwifery duties."

Mrs Jennifer Iniakwala, a nurse at the special care nursery for new born babies, said that had it not been for standby oxygen cylinders, lives would have been lost.

She said that three babies were being supplied with oxygen from the standby cylinder during the power outage last night. She stated that had there been more babies in their care last night it would have been a fatal situation.

Mrs Iniakwala calls on responsible authorities to address this problem as it presents risks to the lives of babies as well as all sick patients within the National Referral Hospital.

Authorities at the National Referral Hospital are yet to establish why the power outage had lasted for almost an hour last night. Although sources close to the authorities say it may be due to a faulty backup generator.