Oil Spills: When Do We Learn? 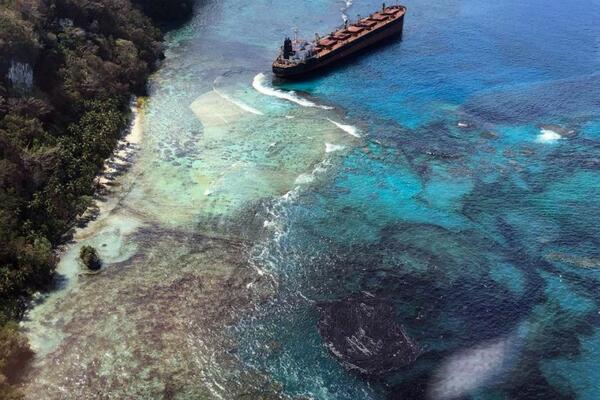 Welcome to the dirty, murky world of oil spills.

This confusion and the game of passing-the-buck have been the hallmark of such calamities as history shows. In this case, international agencies and even governments that volunteered to help clean up the mess said they were disappointed by the response from those directly responsible for the spill. But there are no surprises there, to be frank. If you look at the world’s worst oil spills, you will see how those who were directly responsible have managed to dilute their responsibilities.

Take, the Persian Gulf War oil spill of 1991. It was no accident. In August 1990, Saddam Hussein’s invasion of Kuwait triggered the Iraq-Kuwait war and fearing defeat at the hands of a US-led military coalition, Iraqi forces released hundreds of millions of gallons of oil from Kuwait’s Sea Island terminal into the northern Persian Gulf. Saddam was captured and hanged many years later (of course for other major war crimes). The environmental impacts didn’t get the due attention in the long run.

Take the second biggest spill, then, which came in 2010 in the Gulf of Mexico when a gas blast in the Deepwater Horizon oil platform killed 11 workers and released some 134 million gallons of oil, polluting about 2,100 km of the US Gulf Coast. The blame game went on for long, and in the end, oil major BP which ran the rig and was “found to be” responsible paid $65 billion in compensation to those who relied on the gulf for livelihoods. Again, take the Ixtoc 1 oil spill (1979), the Atlantic Empress oil spill (1979), the Mingbulak oil spill (1992) — which is said to be the largest land-based oil spill and Asia’s worst — and many others, in all the cases, the legal wrangle went on for years, keeping the affected parties in a limbo for justice.

Environmentalists and legal experts want: a global watchdog to deal with spills; a contingency fund to compensate the victims and help in clean-up missions; strict guidelines to shipping companies to share (with their clients) the blame; and swift international legal processes irrespective of the geography of the accidents. Oil companies and their logistics partners must understand the world cannot afford oils leaks whose impacts on precious marine life and other organisms are very difficult to be ascertained.

Just a few weeks ago, in Solomon Islands, a bulk carrier with 700 tonnes of oil in its belly ran aground on Kongobainiu reef in the tiny South Pacific country after it was caught in Cyclone Oma. The cargo ship, MV Solomons Trader, has a Hong Kong registration and is owned by an Indonesian mining company. The spill from the ship is now threatening life, work and environment at an environmentally sensitive and culturally important geography which is home to a protected Unesco World Heritage Site.

Reports say the ship was carrying bauxite meant for producing aluminium when it met with the accident on Solomon Islands’ Rennell Island on February 5, gradually coughing out oil into the waters. Now environmentalists fear whether the spill would endanger East Rennell island which is the largest raised coral atoll in the world, according to UNESCO.

Media reports show a thick oily blanket of tar spreading over the beaches, rockpools, logs and leaves. Further, the calamity has affected human activity in the region where the people cannot go out looking for work or food. There are reports of food shortage, health issues (people being burned after coming into contact with the oil while trying wash it away. Several people say they cannot sleep because of the smell.

That’s where the fun is and the search for the baddie reflects the existing dilemmas in dealing with oil spills. To be fair, the ship’s operator, King Trader, dispatched a team to save the ship but its efforts didn’t bear much fruit. According to reports, Bintan Solomon Islands, the mining company that owned the oil, says it is not supposed to bear any responsibility for the spill. It is just a charter and has no liability for the shipping running aground. In sum, no one is ready to take the blame for a disaster that according to environmental watchdog Greenpeace is outrageous and a direct threat to the island and the 2,000 people living there.