OFFICIAL STATEMENT OF THE HON. MINISTER FOR COMMUNICATION AND AVIATION ON THE TEMPORARY SUSPENSION OF FACEBOOK 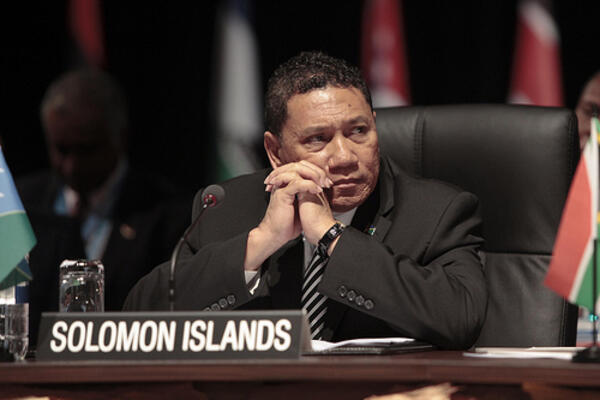 "Social media postings can be against the law if they discriminate against, harass, bully or racially vilify a person, incite violence or is used to threaten other persons or procure or aide any acts contrary to law."
Source: DevPolicy
Share
Wednesday, 02 December 2020 16:02 PM

Good Morning/Afternoon Solomon Islands. Greetings to you all.

On Thursday, 12th November, 2020, Cabinet deliberated on the Cabinet paper to temporarily suspend the access to Facebook.

The misnomer that every person is led to believe is that the freedom of speech is an absolute right and persons are able to freely say what they want without the need for respect or verifying facts or ensuring what they say is true and not harmful or defamatory. This is not what the Constitution intended.

The Constitution, whilst recognizing that each person possesses the freedom to express themselves, also provides that this freedom must not be used to, amongst others, defame another person, incite violence, hatred, dislike or discontent against others. It also requires that persons making any statement or exercising that freedom ensure that what they say is the truth.

Section 12 of the Constitution is clear in its application in that:

However, section 12 of the Constitution also provides that “nothing contains in or done under the authority of any law shall be held to be inconsistent with or in contravention of this section to the extent that the law in question makes provision-(a) in the interest of defence, public safety, public order, public morality or public health;

The Government has always held the position that the unregulated use of Facebook in the Solomon Islands is a potential threat to public security, public safety, public morality and is also a multiplier in the decaying of societal values.

Unregulated use of social media in Solomon Islands has perpetuated an increased in the use of abusive and/or disrespectful languages, inflammatory ethnic slurs by its users, racism, threats and inciting of violence against citizens of this Country.

Social media postings can be against the law if they discriminate against, harass, bully or racially vilify a person, incite violence or is used to threaten other persons or procure or aide any acts contrary to law.

There have also been instances of harassment and / or bullying reported to the Royal Solomon Islands Police Force. However, due to users using pseudonyms, efforts to hold such persons accountable were but in vain. This obstacle to enforcement prejudices the right of others who have been victim to abuse on social media.

Unless, there is a clear legislative regulatory mechanism in place to protect our own citizens, we as a nation should not allow such unlawful activities to continue.

Therefore, if Facebook, as a platform, is used to advance unlawful activities, promote racism, threatening violence, then Facebook as a platform will be deemed a national security issue.

The recent years have seen the users of Facebook continue to post untruths, threats, defamatory remarks, racist comments, to name a few. Using of abusive language in public is an offence under the Penal Code however, policing Facebook and laying charges against perpetrators in the circumstance have proven to be futile given the prominence of allowing fake accounts online. So how does the Government protect its citizens from the above abuse.

Duty of a Responsible Government

The allowance of Government in sustaining such activities has threatened the morals of society and has raised a number of social and legal issues. The Constitution provides protection to all citizens and it is the duty of Government to ensure that the protection of rights do not prejudice or disenfranchise citizens who are abused without recourse to any remedy under law.

To put it short, there is no accountability whatsoever by users on Facebook in Solomon Islands.

Having seriously considered this, the Government has now decided to temporarily suspend access to Facebook in the Country while policy and lawmakers explore ways to regulate its use so that individuals can be held accountable for what they say in the social media platform. This will also ensure that those who administer pages are also accountable for the comments and postings of others on their forums or chat groups.

For a Country that professes itself a strong Christian country, the level of abusive language used is not only unchristian, but it is also wrong and has no place in our society.

This Government firmly believes that to leave this repulsive behaviour to continue unceasing would be irresponsible on our part.

As such the Government, it is our duty to protect the rights of its citizens from persons with no identity who seek to advocate for racism, violence, discrimination. Our Constitution provides the protection for our citizens against such acts.

Further, every citizen of Solomon Islands must be held accountable for their action.

The Government believes the unregulated use of Facebook if left unattended will have serious repercussion and will become the norm. It is imperative that Government act now and act decisively before it is too late.

Our society has become one where we no longer respect our Christian principles, moral values and cultural norms. People spend long hours on Facebook making our workforce and society unproductive.

Further, the pervasiveness of this behaviour has elevated to a level where such attitudes are no longer frowned upon but encouraged.

People have been defamed by users who use false names and people’s reputation that have been built up over the years have been torn down in a matter of minutes on Facebook. Hence, the use of pseudonyms and the lack of legislative mechanism have made enforcing the above breaches impossible.

The use of abusive language has been occasionally directed at leaders and also recently at ethnic groups. This has also led in the Government having to step to pay compensation that have been demanded on behalf various parties.

Other ethnicities in Solomon Islands have been racially abused and yet because of the use of fake accounts, they have not been brought to justice. This failure has prompted them to continue making further racist comments online. This is unacceptable and Government must act to ensure that they are not discriminated.

Discrimination occurs when a person or a group of persons are treated less favourably than another person because of a particular attribute they have or do not have. Government has a duty to protect them.

In addition to those that perpetrate such activity, each and every one of us who reads without publicly condemning such activities is equally guilty of the act. To ensure that such vile comments or acts are stopped, Government must take decisive act before it is too late.

The Government fully understands that such actions are only caused by a minority of users which in turn affects the majority. As such, it is a matter of national interest of which as a responsible government, it sees it fitting to act for the benefit of every citizens.

The closure of this social media platform is temporary while policy and lawmakers explore ways in which this can be regulated so that individuals can be held accountable for what they say in social media.

The Government wishes to make it clear that the right to freedom of expression remains intact and is not infringed upon. All media outlets in Solomon Islands can freely operate and citizens wishing to exercise their freedom of speech can do so through these respective mediums

Let me reiterate once again that the temporary closure of Facebook does not take away freedom of press or speech. Newspapers and Broadcasters will still continue to operate without any interference. In fact, the mainstream media will not be impeded in the practice of their trade.

This will in turn encourage the development of journalism both in print and broadcast.

The re-opening of Facebook will be considered after the passage and implementation of this legislation or if circumstances changes.

Transparency in Dissemination of Information

The Government takes seriously the public demand for transparency in dissemination of information.

Initiatives such as the weekly radio talk back shows, frequent press conferences, the Prime Ministers weekly live address, distribution of Press Releases to stakeholders and the media are some of the testaments of the government’s proactive response to the demand.

The Government believes these initiatives are made in the interest of creating a space for national conversation to take place. Yet despite of these, social media users continue to misinterpret and misconstrue public information to suit their own agendas.

The public is strongly encouraged to make use of both print and broadcast media and other social media platforms such as twitter and Google Plus to exercise their freedom of expression and gather information.

As stated above, the suspension of this social media platform is temporary while policy and lawmakers explore ways in which this can be regulated so that individuals can be held accountable for what they say in social media.

The Government wishes to make it clear that the right to freedom of expression remains intact and is not infringed upon. Other social media platforms are not affected; however, this does not mean that they will not be monitored.

I acknowledged that a number of business house are using facebook to advertise and to do trading.

The temporary suspension of Facebook is your opportunity to set up your companies’ business platform to trade, sell and do your core business or any side business.

My Ministry is currently working on a plan to simultaneously complete the Amendment to the Telecommunication Act 2009 on the SIM registration and implement the Cabinet decision to suspend access to Facebook by working with the Cybersecurity and Information Security Working group.