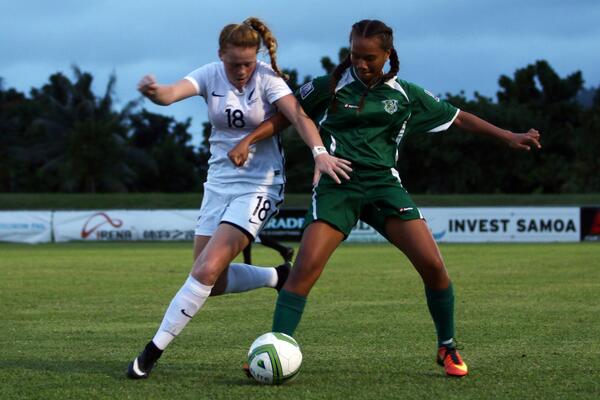 OFC Will Invest an Unprecedented $43 million Directly into Football Development in 2021 and 2022.

As part of its long-term strategy, the organisation is deeply committed to developing football in the Pacific.

OFC will increase its development grant to its 11 Member Associations by more than $3 million in the coming two years to allow them to place a stronger emphasis on governance and football development.

OFC will agree on tailor-made contracts with each Member Association to ensure there are clear plans in place for each nation to develop football in their own country.

OFC General Secretary Franck Castillo said this investment tied into the organisation’s long-term goals of seeing two teams from OFC qualify for the men’s FIFA World Cup in 2026 and the FIFA Women’s World Cup in 2027.

“OFC is in much better shape today with improved governance and management structures,” Castillo said.

“Every single dollar is spent wisely to develop football, from the social aspect with the Just Play programme and grassroots investment to the elite level across the men’s and women’s game.”

OFC’s long-term vision will include developing a new strategy for women's football. In light of the coronavirus pandemic, OFC has rejigged their operating budget for 2021 and will invest another $1.14 million into women’s football activities across the region.

With the FIFA Women’s World Cup 2023 set to be co-hosted by New Zealand, Castillo said the time was right to put more emphasis on the women’s game.

OFC’s Executive Committee has also agreed to provide a new grant to Member Associations to invest in their clubs.

The inaugural grant will be $50,000 – to be split evenly between men’s and women’s teams – and will be used for costs such as administration, logistics, equipment, and football development.

OFC will work closely with each Member Association to determine the criteria for how the funds are distributed.

“Clubs are the lifeblood of football in the Pacific and represent a crucial part of the development phase for our players,” Castillo said.

The prize money is designed to serve as motivation for the competing clubs, while acknowledging the significant financial undertaking they make to participate in the competition.

OFC will also invest more than $1 million into team preparation for sides that are attending a FIFA World Cup or the Olympics.

National teams from age-group level through to seniors will be given $100,000 while beach soccer and futsal teams will receive $50,000.

Aside from the financial investment, the teams that will represent OFC at FIFA World Cups will receive greater technical assistance regarding football development and will have the ability to arrange friendly matches through OFC’s relationships with UEFA, AFC and CONMEBOL.

There will also be two individual scholarships for young male and female players worth $40,000 each.

OFC remains grateful for the support of their partners FIFA, UEFA and its UEFA Foundation for Children, Football Federation Australia, the New Zealand government, the Australian government, UNICEF, and MyCujoo.