Oceania National Teams Bow Out of U-17 World Cup 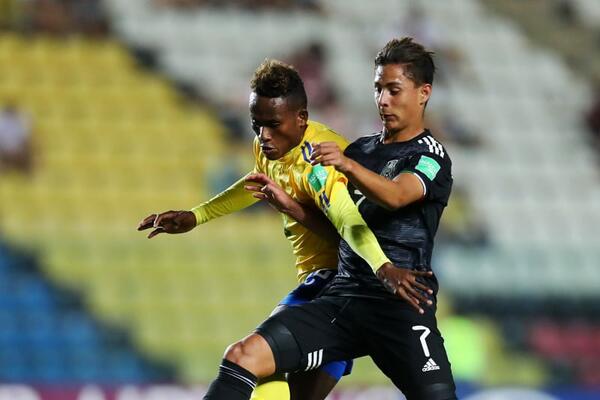 Both Oceania teams, New Zealand and Solomon Islands, have seen their FIFA U-17 World Cup campaigns come to an end in very different fashion.

An outstanding performance from New Zealand against Canada saw them claim a 1-0 victory and a slim chance of progressing as one of the best third-placed teams. Solomon Islands meanwhile were handed their heaviest defeat to date, going down 8-0 to a well-drilled Mexico.

New Zealand goalkeeper Alex Paulsen was crucial to the victory over Canada, the 17-year-old making a string of superb saves, including a vital stop from Jacen Russell-Rowe in a one-on-one situation. The captain faced 21 shots – 10 of which hit the target – and managed to keep a clean sheet. Canada enjoyed more and better chances to score, but were stymied by Paulsen.

It was New Zealand’s first victory of the FIFA U-17 World Cup Brazil 2019 and came on the final matchday of Group A. Matthew Garbett watched his free-kick deflect off a Canadian player and beat goalkeeper Eleias Himaras for the match-winner in the 27th minute.

Solomon Islands’ debut at an 11-a-side FIFA tournament failed to gather a goal but the Melanesians depart Brazil having gained many admirers. Left-winger Philip Roba was a constant menace on the flank and star forward Raphael Leai showed flashes of his quality, while captain Leon Kofana had a last-minute chance to get his side on the scoresheet only to be denied by a high-quality save. Coach Stanley Waita described Brazil 2019 as a “learning experience” and the Solomons will certainly return to the world stage in the future as a stronger force.

For Leai, who had promised so much during the qualifier, for his side not to score on the world stage was as disappointing as the three losses.

“Paraguay and Italy are better than us in physical terms,” Leai said. “We don’t have the physique and the fitness they have and we know that’s where they have the edge over us.

“The standard of play here is very high. It makes me want to stay and not go home,” the young striker stated.