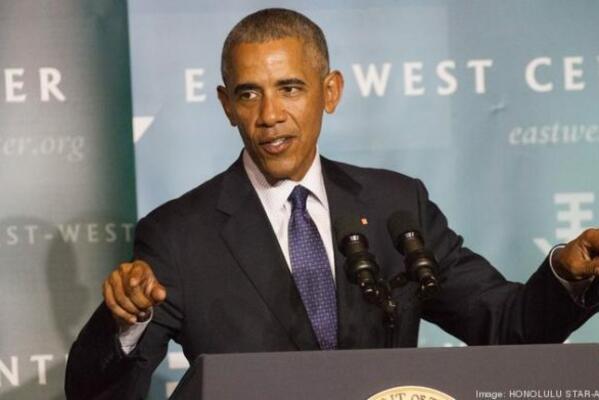 The United States will commit US$30-Million to the Pacific for infrastructure, sustainable development and safer drinking water.

US President Barak Obama announced the new commitment to pacific leaders at the conclusion of the Pacific Islands Conference of Leaders summit in Honolulu, Hawaii last week.

A 15-point resolution calling for enhanced US engagement in the Pacific emanated from the meeting that preceded the World Conservation Congress of the International Union for Conservation of Nature, which the Pacific leaders also attended.

Underscoring the importance of conservation, President Obama urged the Pacific Island leaders to work together and step up their efforts in addressing the issue of climate change.

He said climate change is real and that no nation, even one as powerful as the US, is immune to its effects.

President Obama during the last seven and half years, the US has worked hard to generate more clean energy, use less dirty energy and waste less energy overall.

“And it’s made a difference. Our investments have tripled wind power, multiplied solar-power thirtyfold and in many ways helped clean energy become cheaper than dirty energy.

“We did all of these while fueling the longest uninterrupted streak of job growth on record. So there is no conflict between a healthy economy and a healthy planet,” he said.

On that note, President Obama touched on his decision to expand the Papahanaumokuakea Marine National Monument in Hawaii, which makes it the world’s largest marine protected area.

He said the decision boils down to preserving Hawaii’s beauty for future generations, adding that 7000 species of marine lives inhabit that span of water and a quarter of them are unique.