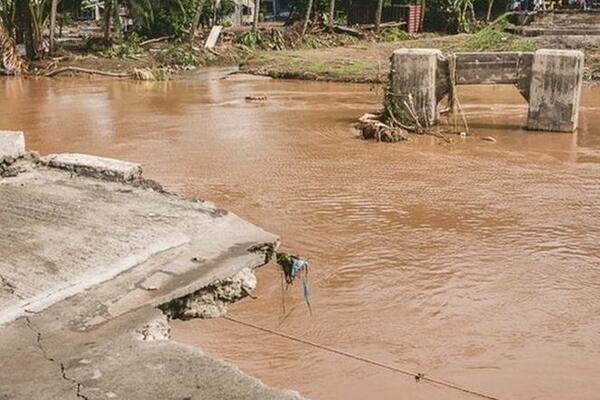 It is anticipated that the new Bailey bridge will be fully operational by the end of May. The New Zealand Government will also fund the contractors who will build the bridge.
Source: Photo supplied
Share
Wednesday, 16 April 2014 08:56 AM

Mr. Lilo over the weekend sought New Zealand to assist with the provision of a bailey bridge to replace the old bridge, which was washed away by flash flooding on April 3.

“I am extremely happy with the New Zealand Government’s quick positive response to my request and I wish to thank them for that,” the Prime Minister, said in a statement today.

He said New Zealand’s response is highly appreciated, as the bridge is very critical in ensuring that the city is fully connected to allow business to return to normal in the city, especially in Chinatown.

Soon after the floods, Mr. Lilo has publicly expressed his desire to ensure that Honiara’s disconnected bridge at Chinatown must be restored as soon as possible.

Traffic flow at the eastern and western end of the new Mataniko Bridge has now been eased following full restoration of the bridge, which was partly damaged during the floods.

It is anticipated that the new Bailey bridge will be fully operational by the end of May. The New Zealand Government will also fund the contractors who will build the bridge.