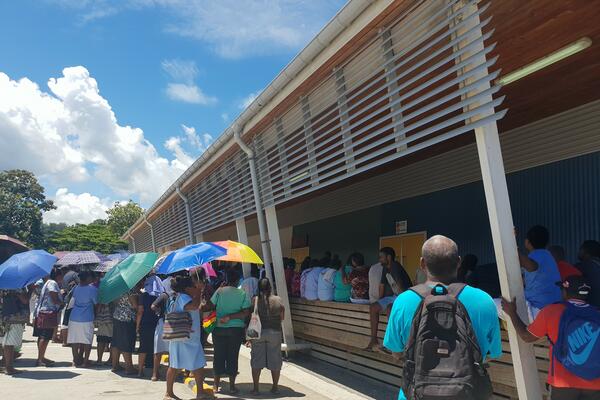 The nurses started their sit in protest on Friday and called it off yesterday.
Source: YTF
By Jimmy Nolan
Share
Monday, 02 November 2020 08:35 AM

The sit in protest by nurses working within the emergency zones of Honiara and Guadalcanal has been cancelled with nurses set to resume work today.

Sogavare used powers under regulation 17 of the Emergency Powers Act – which essentially gave the Prime Minister the power to suspend trade unions if it is for the public good, in this instance maintaining public health and safety.

The nurses started their sit in protest on Friday and called it off yesterday. Nurses from the National Referral Hospital, the Honiara City Council and Guadalcanal Province participated in the sit in protest.

Lawyers acting on behalf of the now suspended Solomon Islands nurse association had advised nurses to resume work. It is understood talks are ongoing with the government, the Solomon Islands Council of Trade Union and lawyers representing the nurses.