Nothing Much to Show in Rural Areas: Case Study 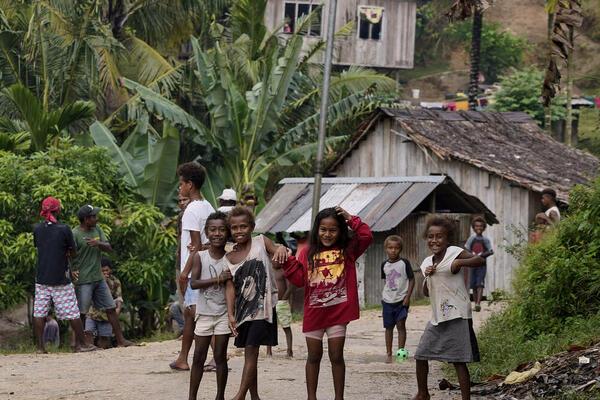 The case study report says people they spoke to raise concerns that there is a lack of or poor quality rural infrastructure.
Source: File: UN Habitat
By Georgina Kekea
Share
Friday, 15 January 2021 09:51 AM

The government was not able to show that it is prioritizing it’s National Development Strategy 2016 - 2035 in rural development.

A report ‘External finance for rural development Country case study: Solomon Islands’ says rural development is a core priority for the Government, reflecting its importance for economic growth and poverty eradication and the large share of the population living in rural areas.

“However, the prioritisation of rural development in the National Development Strategy is not reflected in the Government’s implementation of this agenda”, the case study says.

But the case study report says people they spoke to raise concerns that there is a lack of or poor quality rural infrastructure (roads, ports, energy).

The report goes on to say that there is a very small market for rural finance, limited levels of mechanisation and technology transfer in agriculture, and restricted access to land and markets.

In addition, the prioritisation of rural development in the Government’s strategy is not reflected in the implementation of its rural development agenda, which faces serious challenges. These include low absorptive capacity, the need to strengthen technical skills at all levels of government and throughout project cycles, governance issues that hamper communication across all levels of government, and a financing gap that the Government cannot close on its own.

“All of these prevent the translation of government policy priorities on rural development into the effective delivery of programmes and the achievement of the Government’s own targets for the sector”, the case study says.

A voluntary national review by the government says the country’s geographic situation, isolation, expansiveness are impediments to economic development and resilience to external shocks.

The review says since 2011, a substantial part of the national budget has been dedicated to rural development and infrastructure, sectors that are strongly intertwined.

“Allocations in 2017, reflecting the increased emphasis on growth in the NDS 2016-2035, show an increase in the allocations to economic sectors, mostly the productive sector of agriculture, infrastructure and economic management and a small increase in governance.

"In the meantime, development partners are providing substantial support for health and education. The proportion of the official development assistance Solomon Islands has received against the gross national income has decreased by 0.6 point, evidently slow, yet consistent, efforts to mobilize domestic resources for sustainable development” the government’s national voluntary review says.