No Tsunami Threat or Warning Issued for Solomon Islands 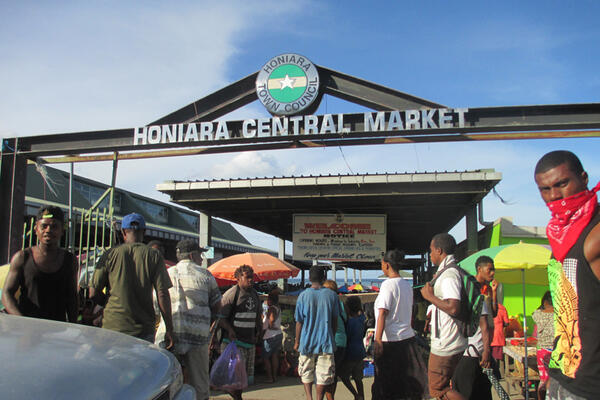 The Honiara Central Market where news of a tsunami threat was said to have started causing panic.
Source: Supplied
Share
Tuesday, 21 May 2019 13:03 PM

There is panic in Honiara, particularly around the central market and china town area, after news spread of a tsunami warning that was said to have been issued.

Panicked market vendors and shoppers caused traffic congestion trying to cross the road to reach higher grounds. School children close to the foreshore area were said to have fled to higher grounds.

Staff at the national referral hospital said the news also forced them to evacuate patients at the hospital.

The Director of the Meteorology Office confirmed through a social media post that no tsunami warning is issued for the Solomon Islands.

The national broadcaster also got confirmation from the National Disaster Management Office (NDMO) that there are no tsunami warnings issued for the Solomon Islands in the last 24 hours.

Officers at the NDMO say that the only tsunami warning issued recently was on 15th May when a shallow magnitude 7.5 earthquake struck close to Kokopo in New Britain, a Province in Papua New Guinea.

The United States Geological Survey issued a warning for parts of the Pacific, including Solomon Islands, that was later lifted.

The Police have called on the public to listen out to responsible authorities for verification of information before causing any alarm.

“It is an offence under the Penal Code to spread false rumor by word of mouth or otherwise to cause public alarm,” the police said.