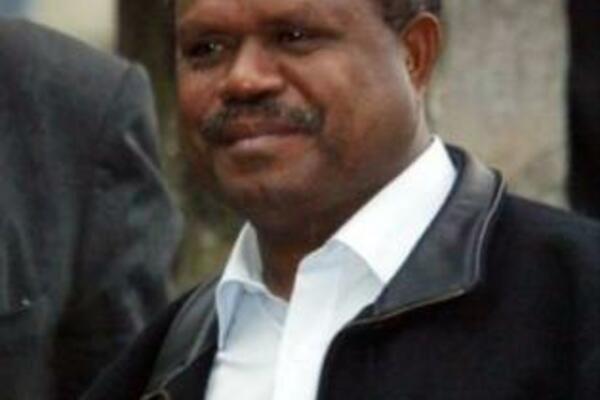 Sir Allan, says that his party plans to cut the number of Government Ministries and spend money on the Provinces
Source: http://cache4.asset-cache.net
Share
Tuesday, 29 June 2010 07:30 AM

This was stated in a recent Media Association of Solomon Islands (MASI) media forum.

Sir Allan said that there is no policy for RAMSI from PAP, because it is not an issue anymore. He further stated that RAMSI's operation in the country had already been scaled down.

Sir Allan spent an hour talking to journalists about the policies of People's Alliance Party (PAP) as part of MASI's series of media forums in the lead up to the election.

He said when RAMSI first arrived there was a lot of Military and Police but their numbers have been reduced as time has gone on. Sir Allan also said that PAP plans to cut the number of government ministries and spend the money on provinces.

On the other hand, the President of Solomon Islands national party says his party does not have any exit strategy on the Regional Assistance Mission to Solomon Islands, RAMSI.

He says Solomon Islands had invited RAMSI to address problems the country was unable to control. Mr Hilly says the yard stick which the national party will keep an eye on is whether the mandate of RAMSI to assist Solomon Islands is being achieved.

He says until these things are achieved the National Party will start talking about RAMSI leaving our country. Mr Hilly says he is thankful for the support RAMSI has given to the Solomon Islands.