No Need to Rush Decision to Switch: Kenilorea 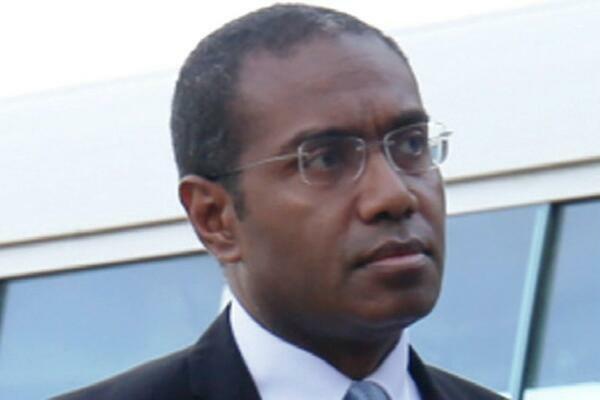 "As a patriotic Solomon Islander I am deeply concerned to see that the decision to switch now is dictated by China’s time table," Kenilorea said in a prepared statement.
Source: File
Share
Monday, 16 September 2019 08:08 AM

Chair of the Foreign Relations Committee Hon. Peter Kenilorea Jr (FRC) says that he is disappointed that Prime Minister Sogavare and cabinet will be making a decision on the recommendation of the bi-partisan task force (BTF) to switch to People’s Republic of China (China) from Taiwan without waiting to get any inputs from the FRC.

"My disappointment stems from the fact that PM Sogavare himself had stated, in a letter to me last July, that the FRC inquiry would help inform the executive arm of government in their consideration on the questions surrounding the severing of ties with Taiwan and normalizing relations with China.

"It is obvious that the PM is not honoring his own proposal to the FRC. I am also aware an understanding between PM and US Vice President, Mike Pence, was also reached to not make a decision on a switch before they met later this month in the United States. By making a decision now the PM is again not honoring his word to a traditional partner. I call on the PM to honour his words.

"As a patriotic Solomon Islander I am deeply concerned to see that the decision to switch now is dictated by China’s time table," Kenilorea said in a prepared statement.

He says that the first recommendation of the BTF’s report states that the switch ‘must happen before the 1st October 2019, to coincide with the commemoration of the 70th Anniversary of the founding of (communist) China’.

"I am concerned because we are not marching to our own beat on this matter. We are in fact marching to China’s beat. We are being dictated by China already - even before we switch.

"This is an ominous sign of things to come in a relationship I have constantly stated that we as a nation, with our weak governance structures, struggling institutions, and structural handicap, are not ready for a switch now," he said.

"As someone who loves this nation, the potential of a decision now that may divide our people along provincial and, by extension, ethnic lines should not be rushed. The passion displayed by many civil society groups that have already appeared before the FRC is clear on this issue.
We need to proceed with caution."

The FRC Chair says that we must proceed at our own pace. Not by the pace set by others, no matter how powerful and dominant they may be. "The decision to switch is a sovereign one, this is beyond dispute. But for sake of our unity don’t rush the decision."

"As both a Solomon Islander and a global citizen I am weary of the potential impacts to our nation regarding the geopolitics at play between the only remaining super power, the United States of America and an emerging economic power, China.

"The focus of these two power players on our nation in recent times and the consequences of the outcomes of our sovereign decision on the switch question should be carefully considered," the FRC Chair said.

He says that we should not rush to a decision on to switch or not until we more fully understand these potential impacts of our decision weighing the benefits and opportunities against the disadvantages.

He says US and China are focusing on us for their own national interest. This is the hard often cruel fact of international politics. It is up to us to decide which interest is closely aligned to our own.

Kenilorea says that sometimes these interests are clear and at other times they are more difficult to discern. But if it comes to whether one wants a loan or a grant. Grant wins every time, given our economic circumstances.

"To cut an existing tie with a partner is serious matter. Cutting ties between countries are very rare in international diplomacy. It usually happens when war or violence breaks out between countries. Solomon Islands is not at war with Taiwan.

"Because of the Taiwan/China issue, this maybe the only time we will cut ties with a diplomatic friend, a partner. And so a looming cut in ties with Taiwan is not because of war or violence. As such it is incumbent upon us to carefully consider such a drastic action. The Prime Minister has said that he will ‘leave no stone unturned’ on this matter."

Kenilorea says the fact remains that there are still many more stones to be turned. The citizens of this, our beloved nation, are now involved through the legislature and its oversight process and the still ongoing inquiry being conducted by the FRC. What about their views and voices on this matter? Can’t they at the very least be aired and heard? Can’t the process march to a democratic beat of our national processes rather being dictated to by an agenda and deadline set by a communist China?

The team leader of the ministerial team to Beijing, Hon. Agovaka, has already informed the FRC that there needs to be more national awareness on this matter of a switch between Taiwan and China. He expressed the need for MPs to have consultations on this matter at the constituency level. I understand that both the PM and Hon. Agovaka are advocating for a switch.

"But surely the process to getting to a switch that now involves the people, people of this nation should be respected as well. If we are to switch, let us do it at our own pace following our own processes.

"Fears by many in the public that the process is being hijacked will be allayed if we delay a rash decision and follow the process that we, the PM and FRC, have agreed to already.

"I am respectfully calling on the caucus and cabinet to avoid making a decision on a switch/or not switch now. The decision is a sovereign one indeed. You will have to make that decision on behalf of our people. But it does not have to be made now. We have not turned all stones on this matter yet," the FRC Chair concluded.