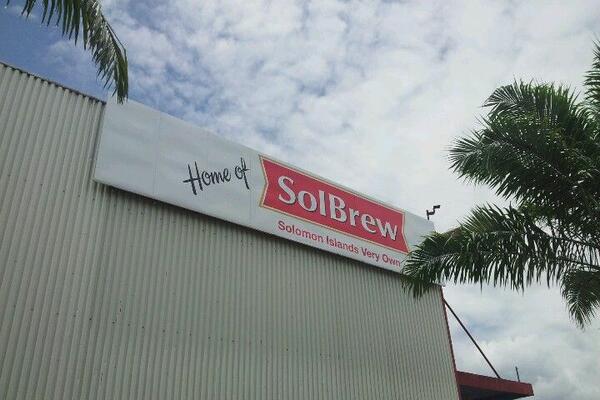 Solomon Breweries (SolBrew) acknowledges and thanks the Solomon Islands Government (SIG) for not increasing Excise for 2019, stating it was a much-needed respite to allow their business to recover from losses caused by the Election disturbances earlier in the year.

SolBrew’s Managing Director, Mr van der Merwe said, “this has been a tough year for businesses including Solbrew, so we are very appreciative that the Government has listened to our feedback and has not raised Excise this year. This has allowed us to focus our resources on much needed recovery plans, our people and capital investments already in progress.”

Mr van der Merwe also said, “we believe it is also a wise decision not to increase Excise, therefore allowing beer prices to remain the same, as global studies have shown that if the price of beer is taxed too much, it drives consumers to illegal products, which in the case of Solomon Islands is Kwaso.”

Mr van der Merwe reiterated that while there is a need to comply with paying taxes to enable Government to fulfil their duties to the people of the Solomon Islands, fairness for all who should be paying tax is a must.

“As we have expressed in our discussions with both the Prime Minister and Minister of Finance we fully understand the need for taxes for any economy, it is why SolBrew pays its taxes – in fact a substantial amount of the beer price goes toward such taxes.”

Mr van der Merwe further stressed “but we also believe that everyone should be paying their taxes and that we do not allow for exceptions, as this will erode the tax base ultimately impacting government revenue.”

Solomon Breweries was established in 1993 and under HEINEKEN management since 2014.