No Decision on Extension of Parliament Yet 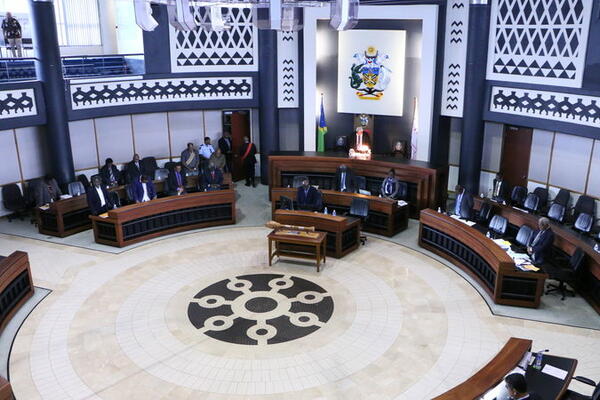 Solomon Islands is expected to go to the polls mid-year 2023 and the Games are to be held from November to December of the same year.
Source: File: RNZ
By Georgina Kekea
Share
Thursday, 24 March 2022 09:35 AM

The Solomon Islands Cabinet has not made any decision on the extension of parliament.

“When the time comes, the Cabinet will make a decision on this as there are processes to go about it. As it is, the Cabinet has not made any decision yet”.

The Opposition Group in Parliament has told the Press that an early dissolution of parliament is welcomed rather than having an extension of the parliament to 5 years instead
of 4.

Wale says it is preferable to have an early dissolution of parliament rather than amend the constitution and seek an extra year to cater for the games.

Solomon Islands is expected to go to the polls mid-year 2023 and the Games are to be held from November to December of the same year.

In addition to Kabui’s comments, the Chief of Staff in the Office of the Prime MInister and Cabinet says financially, the government will not be able to cope with the pressure of hosting two big events in the same year.

“The government is working to address these pressures, we have had a very difficult past two years, not just us but the world as a whole”, Mr. Robson Djokovic says.

“There are reasons supporting each of those options, of course having early elections is going to create difficulties with regards to voter registration, readiness of our electoral office and of course, funding as well. It costs 100 million dollars to run a general election”, Djokovic says.