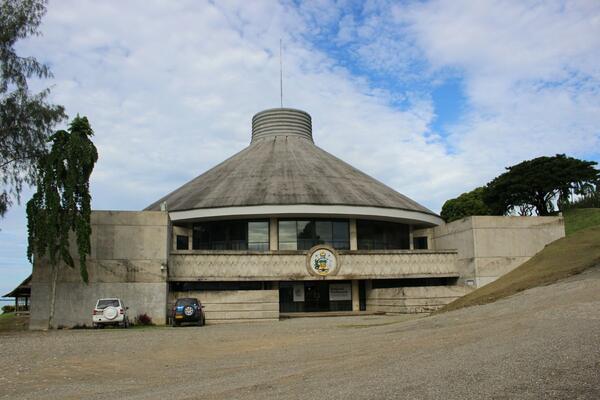 Development Services Exchange (DSE) strongly oppose the Democratic Coalition Government for Advancement’s (DCGA) proposal for the extension of parliament term from four to five years in order to accommodate the Pacific Games.

SE reiterated the call by other institutions and the general public for no extension of the parliament term.

In a meeting organised by the DSE for NGOs last Friday questions were asked whether the Government has the mandate to postpone the National General Elections until after the Pacific Games.

NGOs stated that the extension of Parliament to accommodate the upcoming Pacific Games is not in the best interest of Solomon Islanders.

In a statement, DSE says the National General Elections is mandated by law to be conducted every four years, and for government to claim that resources and logistics would be stretched if two major events are to take place during the same calendar year ignores the right of Solomon Islanders to exercise their right to vote after the mandated term of four years expires.

“The Covid 19 came in 2020 and preparations for Pacific Games 2023 started some two to three years already, therefore the Government should already have plans in place to deal with its national obligations without amending laws and policies to suite their own interests in such a short period of time with no proper consultation.

“DSE believed that the government had not explored all avenues because key strategic partners and stakeholders like Civil Society Organisations and communities have not been consulted nor invited to make submissions before a decision is made on the extension of the Parliament’s term.

“The DCGA Government should be obliged to inform the citizens of Solomon Islands with a comparative analysis of what economic benefits the Pacific Games will bring to the ordinary citizens of the country and postponement to a later date.

“Does the Pacific Games employment opportunities, accommodation, catering businesses trickles down to the rural areas and can it be sustained after the two weeks of activities?

“Will the SPG23 provide some economic benefits to the rural populace in terms of boat hiring, accommodations, petrol depots, canteens, women with their food markets reaching out to the farthest and isolated parts of the country as far as Tikopia, Shortland to Lord Howe atolls,” DSE said.

DSE says they are concerned that we might be seeing the same debacle as the much talked about Economic Stimulus Package (ESP) where people were promised thousand-dollar projects but only received few hundreds or even nothing in the end.

The DSE says the government should question the credibility of their actions as to who are the beneficiaries of the Pacific Games, shorter and longer term if they still are continuing to pursue the proposal for Parliament term extension.

The question of economic benefits as well as the overall security risk implications must not be taken lightly given the situation our country is experiencing. DSE is calling on the government to weigh the cost of such a decision. Importantly, consult the people who vote you in parliament before making a decision which will go against their wish.