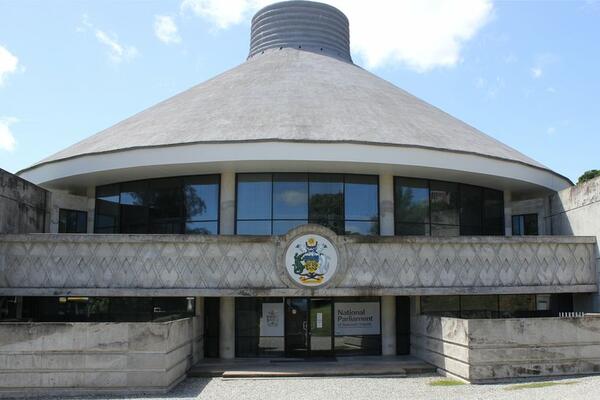 The guide is said to be a tool that will guide DSE and its member organizations to assist and enable communities to fully participate in the national budget preparation process, advocate and monitor its implementation.
Source: BBC
By Georgina Kekea
Share
Friday, 14 May 2021 10:05 AM

A simplified budget guide for Solomon Islanders was launched on Monday by the Development Services Exchange (DSE).

Called the Citizen Budget Guide, the information in the booklet seeks to provide an understanding of how the government national budget works.

Speaking to Solomon Times Online, DSE General Secretary, Jennifer Wate says the guide was created with the intention to help the ordinary Solomon Islander understand in the simplest form the government’s national budget.

“So that we can also be able to participate and ask questions around the national budget because at the end of the day, the budget is established to provide services for people in the country”, Wate says.

The guide launched on Monday night was on the 2020 budget. Wate said unlike past years, the budget for this year was only gazetted in April.

“We are now working on the 2021 budget. The government’s annual budget is usually passed in parliament around November. This year it is quite different as they have just gazetted the 2021 budget in April”, Wate said.

“Questions often asked by NGOs are on how people can really engage with the government’s national budgetary process?”, Olikwailafa says.

He says it is important for people to understand what sectors the government is spending money on and whether it has been achieved.

At the same time Ms. Wate said she believes the budget guide is complementing what the government is doing in terms of public information.

“With the citizen budget guide, it is quite simple for you to also make a comparative analysis on how money is being used in the services provided by the government”, Wate says.

The Citizens budget guide was developed by DSE with the support of UNDP and Pacific Islands Association of Non-governmental Organizations (PIANGO).

The guide is said to be a tool that will guide DSE and its member organizations to assist and enable communities to fully participate in the national budget preparation process, advocate and monitor its implementation.