Ngella Constituency to go to Polls 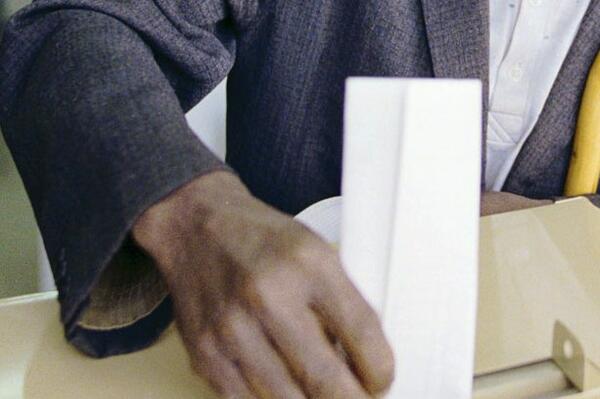 Ngella will finally get to got to the polls after Mark Kemakeza lost his seat after a high court ruling.
Source: STO Archives
Share
Wednesday, 16 January 2013 09:06 AM

The Solomon Islands Governor General, Sir Frank Kabui, has declared through an extraordinary Gazette yesterday that the By-Election date for the Ngella constituency will be on the 27th February 2013.

The parliament seat for Ngella Constituency was left vacant after the former Member of Parliament was sentenced to 14 months’ imprisonment, effectively loosing his seat.

The proclamation of the election day by the governor general today has officially opened the forty three (43) days election timetable for the by-election counting down to the actual polling day.

Chief Electoral Officer, Mr, Polycarp Haununu said that the election legal timetable starts as soon as the election date is proclaimed and published.

This Ngella Constituency by-election will be the fifth to be conducted since the last national general election. Baegu/Asifola and Shortlands Islands, North Malaita and East Are ‘Are constituencies were the four constituencies to hold by-elections since the 2010 National General Election.

Mr. Haununu explained that although there is work being done to update the electoral list, the bye-election in Ngella will use the old voters list.

"We do not want to confuse voters as there is currently awareness programmes being carried out concerning the new list, we wish to make it clear tha the voting for bye-elections will be from the old list," Mr. Hununu said.

"We wish all candidates all the best, and wish to say to voters to be wise, resist temptation and cast your vote on Polling Day freely and fairly and according to the laws of our great nation."