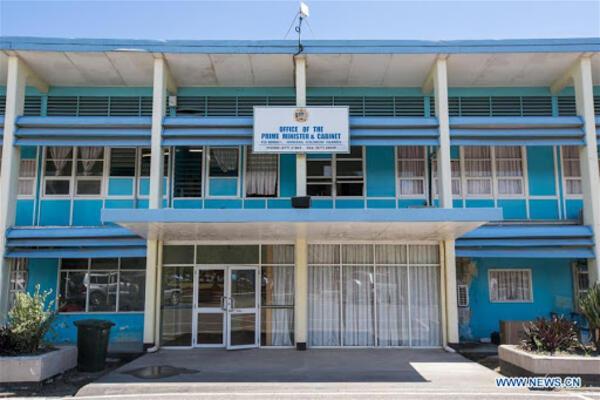 Honourable Galo’s decision to join the DCGA makes him the 39th member of the ruling government.
Source: Xinhunet.com
Share
Monday, 07 June 2021 09:24 AM

The Democratic Coalition Government for Advancement (DCGA) has welcomed its new member; he is the newly elected Member of Parliament for South Choiseul Constituency Honourable Sammy Galo.

Honourable Galo’s decision to join the DCGA makes him the 39th member of the ruling government.

He attended his first Caucus meeting last week, with the Deputy Chairman of Caucus Honourable Jackson Fiulaua stating that he made the right decision to join the government.

“I join thousands of people in the country on behalf of the DCGA Caucus to congratulate you as the new MP for South Choiseul constituency,” Honourable Fiulaua stated.

He also encouraged the new MP to contribute to matters deliberated on during meetings, adding that the Caucus looks forward for the important contributions he will make during the course of Caucus meetings.

The Deputy Chairman of Caucus further encouraged Honourable Galo to seek advice and guidance from his colleague MPs, and make the assurance that Caucus stands ready to support him in any way.

Honourable Jackson Fiulaua reiterated that “togetherness as a government work towards the betterment of our people and our beloved country”.

Meanwhile, Honourable Galo said the motivating factor behind his decision to join the government is that at these uncertain times brought about by the COVID 19 pandemic, a stable government is important to navigate the nation through.

“I have full trust and confidence in the Prime Minister and DCGA and its policies and programs, I look forward to participate in any of the government’s plans all in the best interest of our nation and people,” Honourable Galo stated.