New Zealander in Solomons as Volunteer 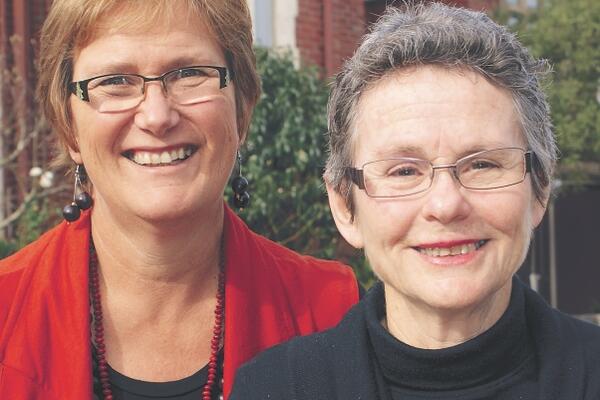 A New Zealand teacher who became a medical social worker has returned to the Solomon Islands to teach English.

Pat Robertson left for the Solomons on June 27, 24 years after her first volunteer experience, as a teacher sent by COVS (Catholic Overseas Volunteer Service) to Brahmin in Papua New Guinea.

She was there for a year in 1989 at a large secondary school, she said. “That was very primitive, pretty dangerous,” she told NZ Catholic the day before she left for Honiara. It was three hours by tortuous roads from Medang.

The work she is doing in the Solomon Islands now, with Mahitahi-COVS, is completing an assignment begun by a volunteer who became unwell. She is teaching English to first year seminarians at the Holy Name of Mary Seminary, and to students at the Nazareth Apostolic Centre — where catechists and religious novices are trained.

According to Mahitahi director Christina Reymer, the approach to this kind of aid today is quite different than it used to be. In the past the style was along the lines of seeing a need and providing the supposed solution.

A key now is engagement, she said. “That’s what is going to enable them to develop themselves. Even just realising having a clean water supply and good sanitation is what everybody has a right to,” she said.

Now help is not given unless it is asked for, and those requests go through Church channels, including authorisation from the bishop of the diocese where the help is to be provided.

The idea, said Miss Robertson, is for volunteers to do themselves out of a job.
She said that in her leisure time in the Solomons, she can garden and do craftwork. She also loves to read and she will have her iPad and computer. Especially, though, she will be trying to get know as many people as she can, and from that unanticipated engagements will come.