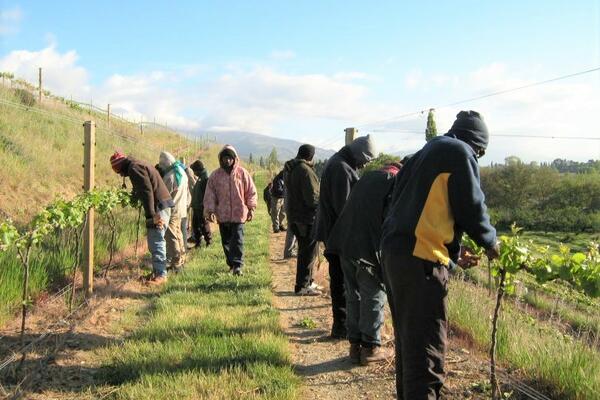 He hoped the same conditions would be applied to RSE workers from the Solomon Islands, a nation that was also Covid-free.
Source: File
Share
Tuesday, 10 August 2021 07:50 AM

Central Otago’s horticultural sector has welcomed the news that seasonal workers from the Pacific will be able to enter New Zealand from next month onwards.

It would be one-way for recognized seasonal employer (RSE) workers from Tonga, Samoa, and Vanuatu entering New Zealand only, and they would not need to go through managed isolation. This step should address worker shortages in certain agricultural areas, Prime Minister Jacinda Ardern stated yesterday.

The pain of growers was mirrored by RSE workers who, now sometimes into their second generation of workers coming to New Zealand, relied on the scheme not just for themselves but for their families and wider community, said Ettrick Fruit Growers Association chairman Pete Vernon.

Countries such as Vanuatu had been suffering from the loss of income usually brought in by Ni-Vanuatu workers — which is a large contributor to the nation’s GDP.

"I was speaking to some of the [Ni-Vanuatu] guys and they said, ‘Look we’ve got nothing, there’s no tourism, no industry’," Vernon said.

Darling’s Fruit Company owner Stephen Darling agrees. Odt.co.nz quoted him as saying: "It’s absolutely good news and we look forward to getting the people we need to be able to harvest and grow our crops."

He hoped the same conditions would be applied to RSE workers from the Solomon Islands, a nation that was also Covid-free. He described 2021 as "untenable" and said Central Otago growers would not have been able to sustain themselves if faced with a repeat in 2022.