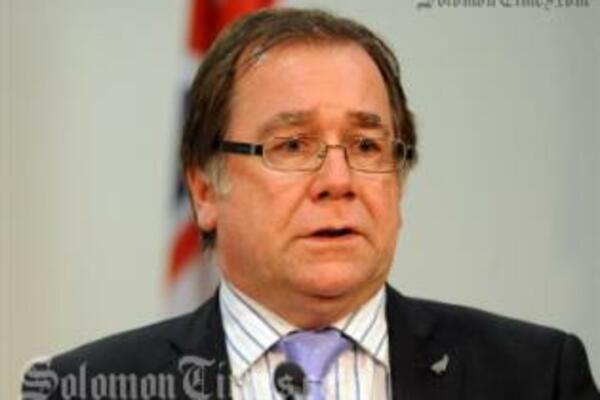 Mr McCully says this will be an important year for Solomon Islands as it prepares for its second general election since the return to peace and stability in 2003.
Source: www.odt.co.nz
Share
Wednesday, 17 February 2010 09:40 AM

He is expected to meet with the Prime Minister, Dr Derek Sikua, his counterpart, William Haomae, and a range of other Solomon Islands ministers.

Speaking on the eve of his arrival in Honiara, Mr McCully said New Zealand and Solomon Islands enjoy a close relationship across a range of areas, including development assistance, seasonal employment, and through the Regional Assistance Mission to Solomon Islands RAMSI.

He says New Zealand plays a major role in the successful regional approach to building a secure, stable, and well-governed Solomon Islands.

Mr McCully says this will be an important year for Solomon Islands as it prepares for its second general election since the return to peace and stability in 2003.

In Honiara, Mr McCully will take part in the formal handover of the new Solomon Islands Ministry of Fisheries and Marine Resources headquarters.

He says the Ministry is an important driver of economic growth in Solomon Islands and New Zealand has funded the building of the new headquarters to replace a building that was unsafe and ill-equipped.

Mr McCully will travel to Munda in Western Province to visit fisheries operations and a primary school which has received infrastructure and post-tsunami funding from New Zealand.