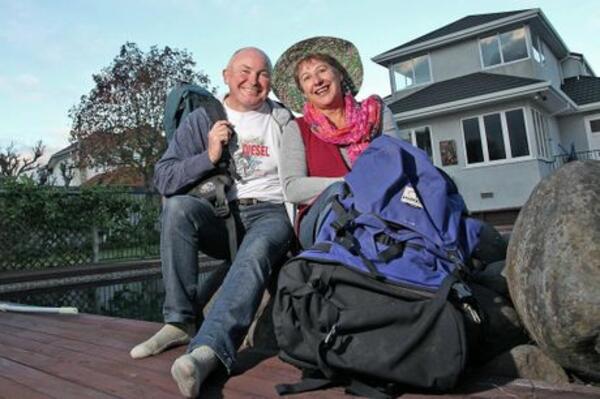 The New Zealand couple will be working in the education and government departments in Isabel's provincial capital of Buala, home to about 2000 people.
Source: bayofplentytimes.co.nz
Share
Monday, 01 July 2013 09:53 AM

Saltwater crocodiles and access to electricity are soon to become Les and Kay Dawson's biggest concerns as they move to a remote area in the Solomon Islands to volunteer their skills.

The Tauranga couple have been accepted into the Volunteer Service Abroad (VSA) programme for a two-year contract on Santa Isabel Island, which is a quarter of the size of the Bay of Plenty region, with an estimated population a quarter the size of Tauranga.

Mr Dawson said volunteering was something they both had always wanted to do, and now they had the time and skills to offer.

"At our stage of life now all our kids have left home, it's a good window," he told the Bay of Plenty Times.

But that does not mean this trip will be a holiday. The couple will be working in the education and government departments in the provincial capital Buala, home to about 2000 people.

They will live off generator power, a water tank that will need to last them through the dry season, and will get around on foot or by boat because there are no roads. "It's probably the equivalent of an old New Zealand bach," said Mrs Dawson.

"We will eat with the locals and grow our own vegetables. What they eat is what they grow."

Reactions from friends and family had been mixed, according to Mr Dawson.

"Everyone our age made comments like 'you must be mad' and everyone our kids' age thought it was a great adventure."

"I think we're going very flexible and open minded. We're prepared for the basics and everything else will have to slot in."

They were concerned about possible health issues, such as malaria and dengue fever. The water also posed a big threat for Mrs Dawson, who said her greatest fear was saltwater crocodiles.

"They said not to worry unless they are over 4 metres but I'm not getting out there with a tape measure."

Mr Dawson said there were a lot of things people took for granted in New Zealand and the couple would miss the closeness of friends and family, as well as the ease of some daily tasks.

"We heard from a guy who had been there for two years and the one key thing that stuck in my mind was that he had spent five to six hours once a week cutting his lawn with a slasher."

Mrs Dawson, who has previously worked as an education adviser at the University of Waikato, said her same role over there would be different because only 5 per cent of the teachers were trained.

Mr Dawson will be leaving his own chartered accountancy practice in Tauranga and taking on the role of financial management adviser for the Santa Isabel provincial government.

The couple have finished the VSA application process and are fundraising for $4000 needed for flights. They are also waiting on visas but hope to leave in July.