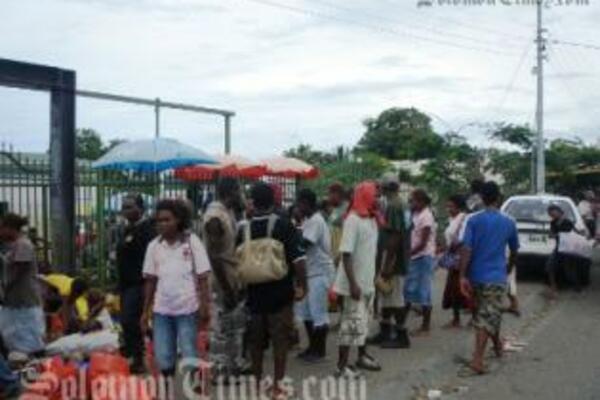 Many say that there is very little to celebrate as 2010 will just be another year of hardship for many.
Source: STO Archives
Share
Monday, 04 January 2010 11:24 AM

There were no fireworks, not many vehicles hooting their horns, not even the odd beating of empty rubbish drums in the suburbs of Honiara.

Honiara residents say that the New Year's celebrations were the quietest in years. "I have lived in Naha for over seven years and there was not many noise, just a few rowdy drunks...nothing compared to previous years," said one Naha resident.

"We drove up from church to Panatina after the countdown and I was surprised to see the roads empty, there was only two or at most three vehicles hooting their horns around town," said Jeff, a young elder.

Some agree that the New Year's celebration may have been very different this year because of rising prices, particularly alcohol. "It is very difficult for many, most I know choose to have a quite celebration, many things are too expensive," stated one long time resident of Lengakiki.

Some have credited the Police for showing zero tolerance, and for its clamp down on the illegal homebrew kwaso. "The Police have done a great job, you see them on the streets...and kwaso is becoming difficult to buy for those after cheap alternatives," said Luke, a security in downtown Honiara.

Many say that there is very little to celebrate as 2010 will just be another year of hardship for many. "For a family of four who depend entirely on the produce we sell at the markets, we see nothing to celebrate, we just need to work out how to continue to earn money to survive."