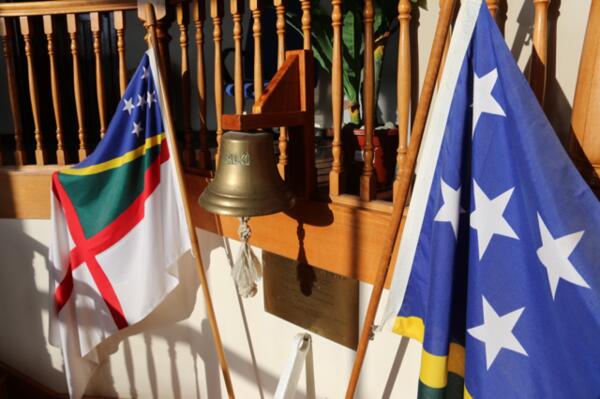 Locating the TCU in the RSIPF Maritime Division base enhances the opportunity of a timely exchange of intelligence to operational elements of the RSIPF operated patrol boat capability in the Solomon Islands.

“I’d like to thank the AFP and Defence for providing funding and support to this project," Commissioner Matthew Varley said.

“It’s comforting to know that AFP and the Australian Defence Force are able to support the RSIPF in this way” he said.

DEPSEC Penny Williams, who is currently in Honiara as a part of a bilateral Security Dialogue held between Solomon Islands and Australia, added “Although RAMSI will come to a close and the transition occur in July, approximately 40 AFP officers will remain here in the Solomon Islands to support the transition.”

Under the Defence Cooperation Program (DCP), the Australian Government providesassistance with maritime surveillance to eleven countries across the Pacific.

The centrepiece of this is the Pacific Patrol Boat Program. In Solomon Islands the DCP provides fuel and rations funding to support a majority of surveillance operations conducted by RSIPV Auki and Lata. DCP also supports infrastructure funding to the RSIPF Maritime Division and Explosive Ordnance Unit at Hells Point.