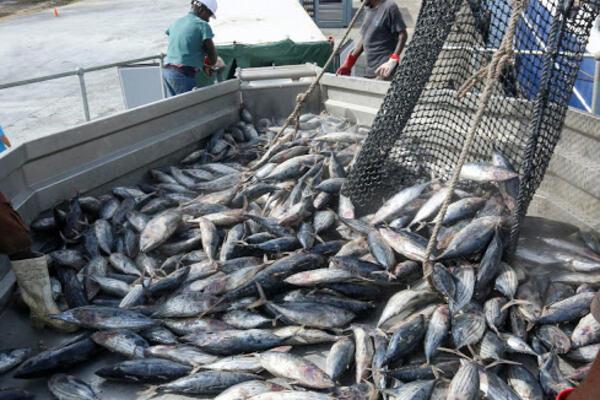 The EU has decided to include the Solomon Islands in its trade agreement with the Pacific states, which will allow tuna caught there to be exported to EU markets without duties.

On Feb. 17, the EU council confirmed the Solomon Islands would be part of the interim Economic Partnership Agreement (EPA) between the EU and the African, Caribbean and Pacific (ACP) group of states.

"Under this EPA membership, [the] Solomons now join Fiji and Papua New Guinea as able to enjoy qualified duty-free exports to the EU. In the case of the Solomons, this could include tuna loins and canned products produced in qualified shoreline plants," a source told Undercurrent News.

The Solomons loin plant is 100% owned by Tri Marine International /Bolton Group International, and has been sending duty-free loins to the EU under the generalized scheme of preferences, the source also noted, adding that this EPA should formalize the duty-free arrangement.

The EU imported 9,000 metric tons of tuna from the Solomon Islands last year, an EU spokeswoman confirmed to Undercurrent.

"The duty paid was 0% under the Everything But Arms unilateral measures that the EU has in force benefitting developing countries," she pointed out.

The EU signed an interim EPA with Papua New Guinea and Fiji in 2009, the spokeswoman also said, adding that the agreement is open for accession of other Pacific Island States on the basis of the submission of a market access offer that is compliant with WTO rules.

Accordingly, Samoa acceded to the agreement in December 2018, she said.

"The EU Council adopted its decision approving the accession of the Solomon Islands to EPA on Feb. 17, 2020. The EPA will start applying provisionally between the EU and Solomon Islands after they have completed their notification procedures -- likely by the end of March 2020."

At that point, the Solomon Islands will no longer depend on EU unilateral measures to export to the market duty-free and quota-free, according to the EU.

Other benefits are that the EPA provides for gradual liberalization of Solomon Islands’ market, enables it to protect local producers and keep tariffs on sensitive goods, such as foodstuffs, according to the EU.

"The Solomon Islands have excluded from liberalization some products coming from sensitive sectors and/or important for revenue such as fish, fruits and vegetables, etc," the EU spokeswoman also said.

The ACP group had originally agreed to the proposal for the accession of Solomon Islands on April 29, 2019 and the European Parliament gave its approval on Dec. 17 last year.