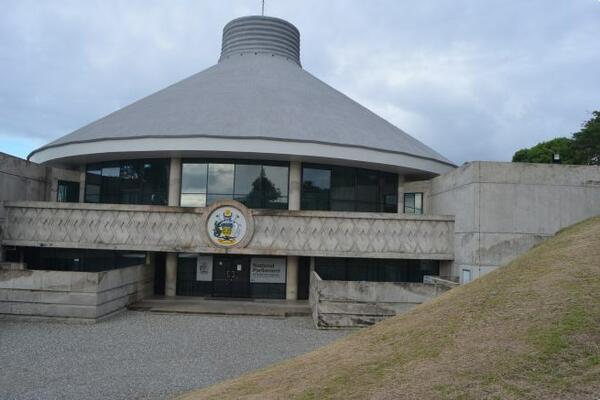 Ajilon Nasiu is a former Premier of Rennell Bellona Province. Prior to entering politics he was a lecturer at the than Solomon Islands College of Higher Education.
Source: Photo supplied
By Hilda Lavesi
Share
Wednesday, 17 December 2014 14:58 PM

A new Speaker of Parliament has been elected; he is Ajilon Nasiu, a former Premier of Rennell Bellona Province.

Mr. Nasiu was elected ahead of former Clerk to Parliament Taeasi Sanga by 27 votes to 23.

Ajilon Nasiu is a former Premier of Rennell Bellona Province. Prior to entering politics he was a lecturer at the than Solomon Islands College of Higher Education.

In a brief interview with Radio Australia’s Sam Seke Mr. Nasiu said that although it was unexpected he is grateful for the confidence given to him by Members of Parliament to serve as Speaker of Parliament.

He says he is humbled being from a small Province, but he is ready to serve the country as Speaker of the Tenth Parliament.

In his first duty as Speaker Mr. Ajilon Nasiu is now presiding over the election of the Deputy Speaker.

The Speaker of Parliament controls and supervises the meetings of Parliament. He is expected to ensure that Members conduct themselves in accordance to the Standing Orders of National Parliament.