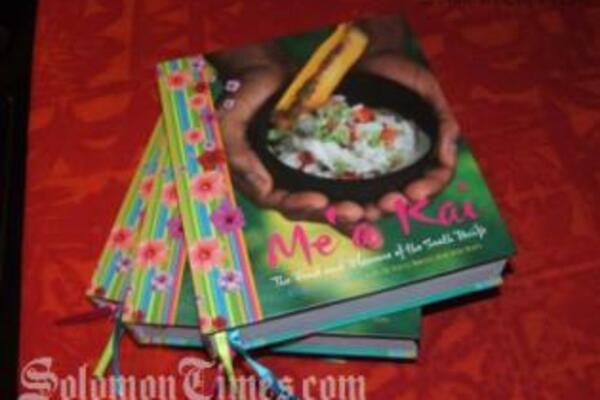 A newly-launched recipe book will showcase the tastes of the region and also 'potentially bring value to Pacific farmers'.

"Pacific people love to cook, to share and to eat. This warmth and generosity is really the spirit of Me'a Kai which means come eat, come share, come be with us" said Mr Oliver.

The tourism industry plays an important role in the economy of the Pacific Islands, however much of this income is leaving the South Pacific in food imports, he adds.

According to Pacific.Scoop, Foundation of the Peoples of the South Pacific chairman, Lelei Lelaulu, 'spoke on how the cook book would help connect unknown recipes to the mainstream and the potential it has to bring valuable resources to isolated farmers from around the Pacific'.

"It is about bringing the wonderful tapestry of the [South Pacific] culinary heritage into the system," said Mr Lelaulu.

Mr Lelaulu said the recipe book was a step forward, giving farmers a dignified income and bridging them with the hotel industry.

And according to the report, the publishing director for Me'a Kai, Nicola Legat, 'said there was a gap in the market for a South Pacific flavoured recipe book'.

According to the report, Me'a Kai covers more than 90 recipes from the Islands of Tahiti, Samoa, Vanuatu, Tonga, the Cook Islands and Fiji.