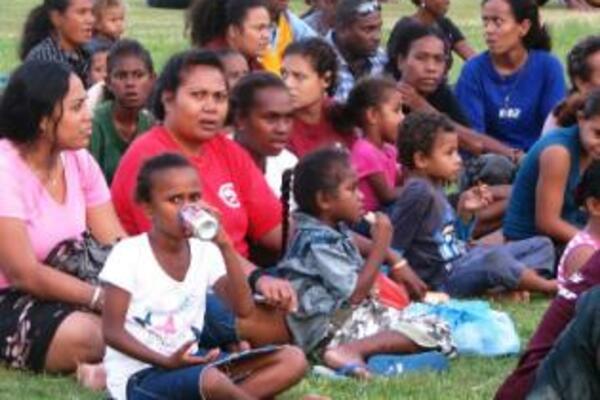 The policy will be the first of its kind for the Solomon Islands.
Source: STO Archives
Share
Thursday, 29 October 2009 13:44 PM

A national policy on eliminating violence against women, now in its final developmental stages, will be officially launched by the end of next month.

Spearheaded by the Ministry for Women, Youth and Children Affairs, the policy will be the first of its kind for the Solomon Islands.

Permanent Secretary for the Ministry, Ethel Sigimanu says a nation-wide research done in 2007 has found a very high prevalence of violence against women in the Solomon Islands and the research necessitates policy.

The research, called the Family Health and Safety Study documents information on violence suffered by women all over the country at the hands of their male counterparts.

The research will be launched with the National Policy on Violence Against Women.

Mrs Sigimanu says the same research has also been done in other countries and has shown that Solomon Islands ranks third in the world.