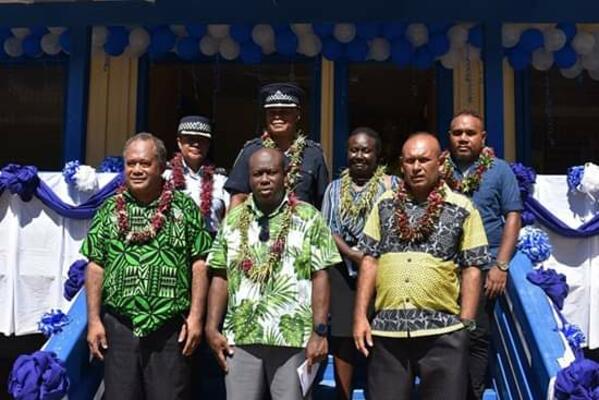 More than 7,000 people in the Gao and Bugotu District of Isabel Province will benefit from a new police post which has been opened at Tatamba yesterday.

“As you can see this ceremony comprises of different Government Ministries, Member of Parliament for Goa-Bugotu and the Isabel Provincial executive. They are the ones who work together to set up this police post. This same model should be used by other constituencies to work together with provincial governments and other relevant ministries so that services go down to our people,” says Supervising Commissioner Matanga.

She urged the PPC Isabel Province to make sure his officers are deployed to the new police post at Tatamba and serve the people professionally and with integrity.

The opening of the Tatamba Police Post was celebrated with feasting.