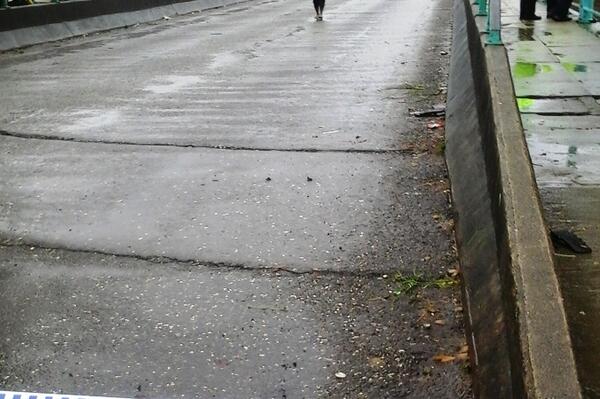 He says the structural integrity of the bridge is now in question because of the erosion caused by the floods on both ends of the bridge.
Source: STO
Share
Friday, 04 April 2014 16:46 PM

The only bridge left standing, within the CBD area after the flash floods yesterday, has been blocked off by the police.

“MID engineers are checking the bridge, so it will be blocked off until we are given the all clear,” stated one of the officers manning the check point.

“In situations like this it is difficult to do anything from an inspection on top unless there was severe movement as a result of a failure down below...so that’s the risk we are trying to avoid," stated one of the engineers spoken to.

He says normally they would put divers in the water but it was too dangerous given the swollen conditions.

He says the structural integrity of the bridge is now in question because of the erosion caused by the floods on both ends of the bridge.

He says the water was too murky and too fast to see pier damage as well, but "it is an issue that could determine whether the general public will be allowed to use the bridge."

The new Mataniko Bridge is the only bridge connecting East and West Honiara. It also connects West Honiara residents to the referral hospital as well as other essential services such as the international airport.